The #WeAreIrish hashtag on Twitter just got very racist

Twitter trolls attacked non-white Irish people for daring to be proud of who they are. 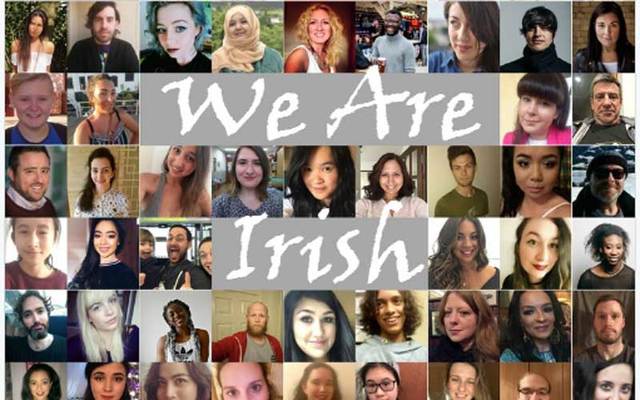 A Twitter campaign extolling the racial diversity of modern Ireland took a dark turn after trolls attacked users for being Irish. Asian Irish woman Úna-Minh Caomhánach from Kerry started the hashtag to showcase the multiracial nature of Ireland but was swiftly hit by a backlash.

“The idea for #WeAreIrish came as a complete spur of the moment thing for me this week,” she told IrishCentral.

“I talk a fair bit about Ireland and the concept of Irishness (a lot of people don't accept me despite the fact that I've both an Irish passport and birth certificate). I wanted to create an image that shows how multicultural Ireland is these days. The image has a wide mix of people but with one thing in common: they're Irish.

“As a background to some of the people featured, they're Irish in different capacities. Some are adopted like me, some were born here, others have one Irish parent. I wanted to make a point that our color doesn't matter. Sprinkled into the collage too are people like RTÉ radio presenter Rick O'Shea, Comedian Tara Flynn and author Sarah Maria Griffin.”

But a simple image of non-white Irish citizens provoked a huge racist backlash.

@unakavanagh No, you're not Irish. You just have a passport.

This "diversity" garbage is only acceptable for white countries.

Being in Ireland does not mean you're Irish.#WeAreIrish

#WeAreIrish is about making indigenous white Irish people a minority in their own homeland, despite never colonizing or enslaving anybody.

However, plenty of people weighed in supportively too.

@unakavanagh That's very true and very lovely; but I reserve the right to point at certain people and go "look at the big Irish head on him"

Lots of talk about Irishness on the #weareirish but how many of the trolls played county?

I am an Irishman. A proud, half-white, half-Asian, Irishman. I pity those that upsets. Theyre sufferers of a disease of the mind #weareirish

Think the bigots on #WeAreIrish underestimated the difficulty of promoting white supremacy to a nation that can't even accept compliments.

#WeAreIrish has become a focus for hatred from anonymous racists. To these poor, pathetic, inadequate gowls, it's ok. You can be Irish too.

The 2016 census found that 233,000 people living in Ireland came from non-white ethnic backgrounds with a further 124,000 declining to state their ethnicity.