Ireland's Culture Minister Josepha Madigan paid tribute to the “courage and commitment” shown by doctors and nurses during the Great Famine. 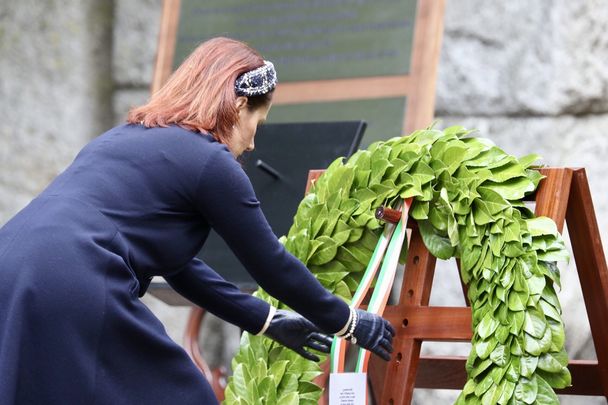 Ireland's Culture Minister Josepha Madigan was in attendance for the National Famine Commemoration on Sunday, May 17, at the Edward Delaney Famine Sculpture in St. Stephen’s Green which included military honors and a wreath-laying ceremony in remembrance of those who suffered or died during the Famine.

The National Famine Commemoration had originally been set to take place in Buncrana, County Donegal.

However, the ongoing Covid-19 restrictions saw those plans curtailed in favor of a small event held behind closed doors away from the public.

Madigan hailed the medical workers of the Famine who served Ireland during a time of national crisis, drawing a comparison with the frontline workers of today.

"As we confront a pandemic today, let us recall that the Great Famine was a public health emergency in its own right. We think of the many heroes of the Famine years,” she said.

"People such as the doctors and nurses of the fever hospitals of who put themselves at risk to care for others will always have our thanks for their sacrifice.

“As our society has changed and evolved this commitment to helping others has never waivered and we see the same qualities of courage and commitment to others in our healthcare staff today.”