The Advertising Standards Authority for Ireland says the "Tampons and Tea" Tampax commercial should no longer air after they received 84 complaints. 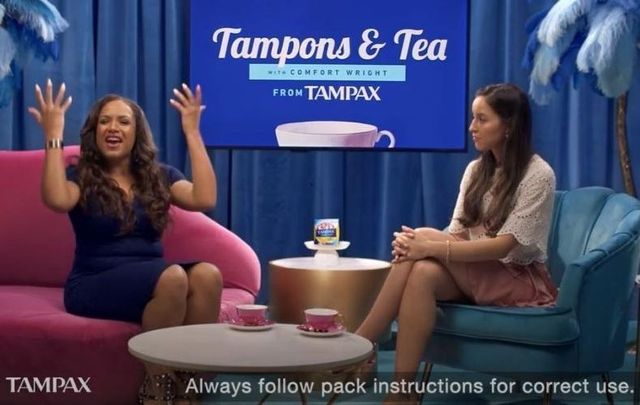 The "Tampons and Tea" Tampax ad from Procter & Gamble cannot air in Ireland as per the ASAI. YouTube

The Advertising Standards Authority for Ireland (ASAI) has ruled that a Tampax commercial entitled "Tampons and Tea" should no longer air in its current format after 84 complaints were lodged against it.

The dozens of complaints the ASAI received were grouped into four categories: general offence, demeaning to women, sexual innuendo, and suitability for children.

Ultimately, the ASAI only upheld the "general offence" portion of the complaints, which accused the television advertisement of being "over-descriptive, inappropriately expressed and with excessive detail."

As such, the ASAI ruled that the ad "should not run in the same format again."

The chief executive of the ASAI, Orla Twomey, said afterward: “Most of our cases would have one complaint, or less than 10. Occasionally we do get quite a significant number of complaints.

“While some of the issues that were complained about weren’t found to be in breach of the code, given the number of complaints, it was clear that the ad had caused widespread offence."

Read More: Irish word "culchie" could be banned from Scrabble

In their report, the ASAI said that Procter & Gamble, the parent company of Tampax, responded to the "general offence" complaints by stating that Tampax "believed in normalising the conversation around periods through awareness, information and education. The light-hearted advert had centred around a very common usage question and the intent was to educate people on how to use the product.

"The advertisers [Proceter & Gamble] said that while they appreciated that the advertisement had led to a higher number of complaints than they would have expected, they believed that the copy delivered an important educational message to consumers so that they were advised how best to use a tampon in a safe and secure manner.

"They said the advertisement had not featured explicit or graphic content, and the demonstration on how to use the product correctly was presented in a factual manner, as such they did not believe the advert was offensive and that it should be permitted to remain on air."

The ASAI reported that P&G additionally said that "the target audience for the campaign in question was women aged between 16 and 44 and they had avoided any 'kids TV' airtime. They said it would be of no benefit to them to place advertising around programmes which did not consist of their target audience."

Earlier in the year, when the "Tampons and Tea" commercial was first launched, Sabrina Gutsche, the Fem Care Brand Manager at P&G UK & Ireland, said: "We found from consumer surveys, interviews and focus groups, that UK women of all ages were experiencing discomfort when using a tampon.

"Many felt that tampons just ‘weren’t for them’ but we believe the problem is with incorrect insertion. The ‘light bulb moment’ for many women will be the fact that, if you can feel the tampon inside you, it’s probably not in far enough."

When the television spot first aired in Ireland, it was discussed on the Irish radio station Cork 96FM. Tampax replied to the station's tweet: 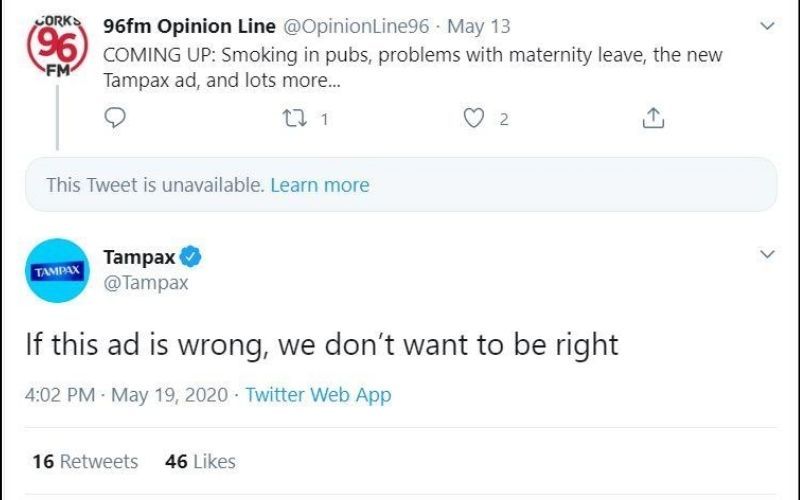