Staff at the Dublin synagogue are believed to be treating the incident as an episode of drunken vandalism rather than targeted anti-Semitism. 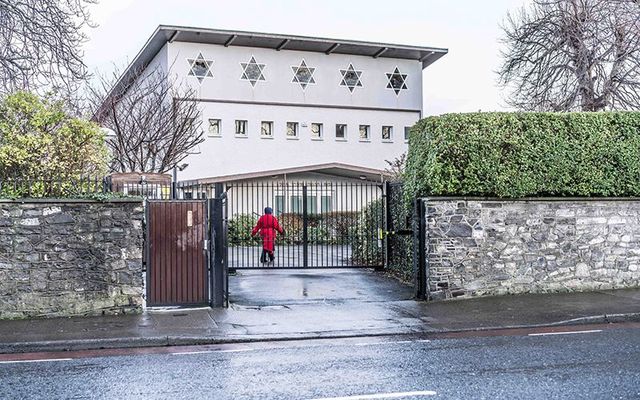 Terenure Synagogue on Rathfarnham Road: Staff at the Dublin synagogue are believed to be treating the incident as an episode of drunken vandalism rather than targeted anti-Semitism. Flickr / William Murphy

Staff at a Dublin synagogue are believed to be treating the swastika graffitied onto their wall last week as a drunken act rather than targeted anti-Semitism.

A synagogue in south Dublin was defaced last week with swastika graffiti on its outer walls. On Friday, December 28, the Terenure Synagogue on Rathfarnham Road was vandalized in the early hours of the morning.

Gardaí are currently investigating but no suspects have been identified. The incident is being treated as a criminal damage offense.

The graffiti has been removed at it is not known whether anti-Semitism was the motive.

“There was nothing leading up to this. It doesn’t seem to be part of a pattern so we’re hoping it’s just a drunk fool,” one staff member, who refused to be named, told the Irish Times.

In December, a security guard at the synagogue was also attacked when an object was thrown at him but it is believed the attacker had mental health issues and was not specifically attacking the place of worship.

Its community has suffered anti-Semitic attacks before, however, in 2015 when a Co Louth man was caught spray-painting a swastika at the entrance to the facility. He had painted swastikas on two other Dublin synagogues on the same day.

“In my view, it’s very important that a signal be sent out to all Irish people, north and south, that we do not tolerate racism or racial bigotry on the island of Ireland,” said Judge John Coughlan, after he sentenced the man with 20 months in jail.

Ireland does not currently have any specific legislation for addressing hate crime. As such, incidents such as vandalism are often dealt with under criminal damage legislation.