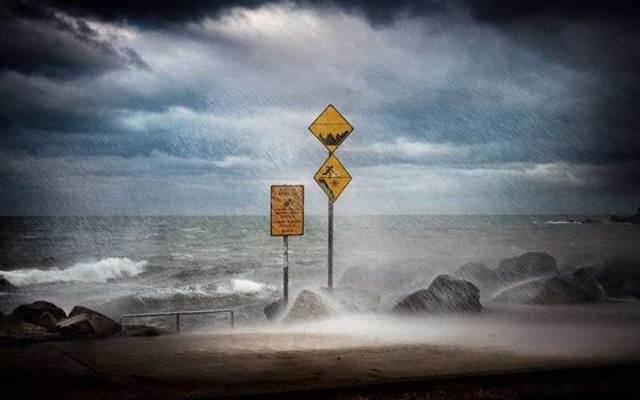 Severe weather warnings have been issued for Ireland ahead of Storm Brendan. Getty Images

High winds and heavy rain with a risk of coastal flooding are expected on Monday as Storm Brendan approaches Ireland.

Met Éireann has issued two Status Orange wind warnings to come into effect at 7am on Monday morning.

As #StormBrendan approaches see https://t.co/Cr9ukyJgun for an explanation of our warning levels.

A Status Yellow wind warning has been issued for the rest of Ireland.

According to the forecast, southerly winds veering southwesterly will reach speeds of 65 to 80km/h with gusts of 110 to 130km/h, highest in coastal areas.

“There is a significant risk of coastal flooding due to the combination of high spring tides and storm surge,” said the warning.

Breaking waves along the coast can be unpredictable and quickly drag you away. Stay Back, Stay High & Stay Dry! Do not approach breaking waves. #IrishCoastGuard pic.twitter.com/5CtMY3Lq4f

The high winds will be accompanied by heavy rain, which will quickly extend eastwards over the country, with spot flooding likely.

The Coast Guard is advising people to avoid exposed beaches, cliffs and harbors during the storm.