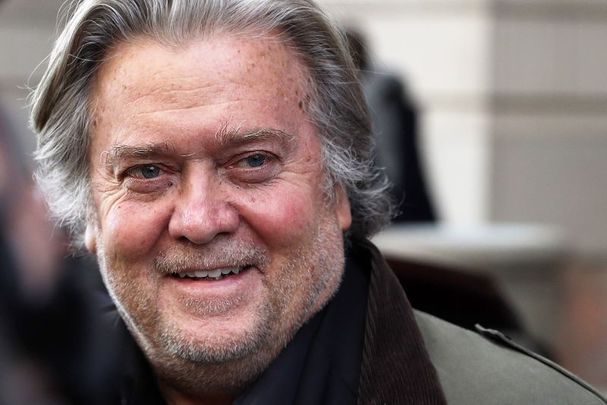 Former White House Chief Strategist Steve Bannon has been banned by Twitter after appearing to call for Dr. Anthony Fauci's beheading on his podcast.

Speaking on "The War Room" on Thursday, Bannon said that Fauci's head should be put on a pike in the White House as a warning to Trump's opponents.

Bannon initially suggested that Trump should fire Fauci and FBI Director Christopher Wray immediately if he wins a second term in the White House, but quickly asserted that it would be better if both men were executed.

"I’d actually like to go back to the old times of Tudor England. I’d put their heads on pikes, right, I’d put them at the two corners of the White House as a warning to federal bureaucrats, you either get with the program or you’re gone," Bannon said on the War Room.

Bannon's co-host Jack Maxey responded to the claims by referencing the hanging of two Tories who were hung by American revolutionaries during the War of Independence, arguing that execution was the only way to deal with traitors.

To which Bannon replied: "That's how you won the revolution. No one wants to talk about it. The revolution wasn't some sort of garden party, right? It was a civil war."

Bannon was also banned by Mailchimp, an email server he used to distribute his podcast to his followers.

"It's time to clean up this mess & stop looking like a banana republic," Donald Trump Jr. said in a tweet on Thursday.

Earlier on Thursday, Facebook permanently banned "Stop the Steal", a page set up by Trump supporters to organize protests against the election counts.

Some posts on the page urged supporters to bring guns to counting centers, while others told followers to prepare to revolt against the government if the election went in favor of Joe Biden, leading Facebook to ban it permanently.