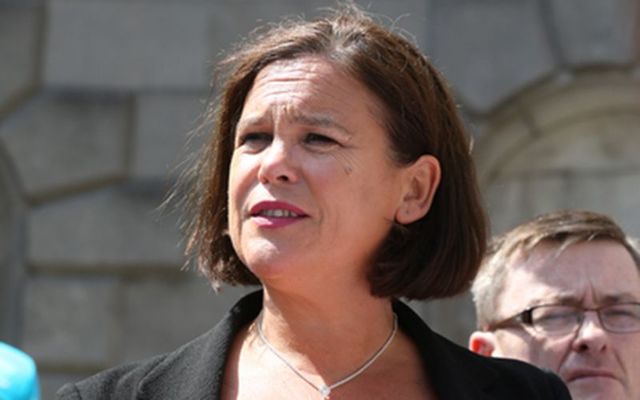 McDonald was speaking at a conference attended by 1,500 people titled, “Beyond Brexit - the Future of Ireland” in Belfast and said that the time had come to press for a Border poll on a united Ireland.

“I want to, again, challenge the government in Dublin to convene a forum to begin the planning for Irish unity,” she said.

“We insist that the British State honour its obligations to Ireland under international law. We insist our rights are recognised and our voice heard. The people here voted to remain in the European Union and that vote should be respected.”

The Sinn Féin president said the backstop must remain because “no backstop means a hardening of the border, the undermining of the Good Friday Agreement, the loss of rights, continued uncertainty and instability.”