The body of Sinéad Lyons was discovered in Ossipee Lake in New Hampshire on March 26, police confirmed on Friday. 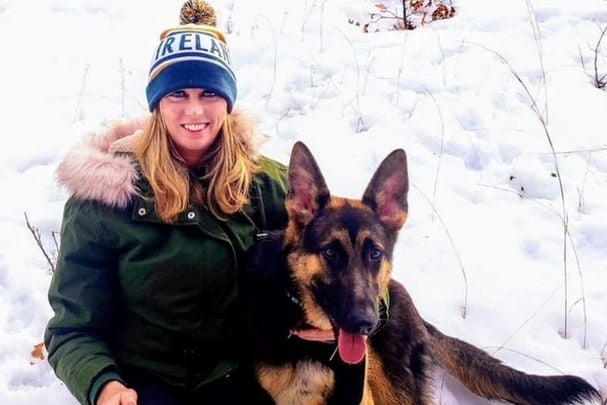 The body of Sinéad Lyons, the Irish woman who was reported missing in Massachusetts on March 11, has been discovered, police said on Friday.

New Hampshire State Police confirmed on Friday that Sinéad Lyons’ body had been found nearly two weeks after the Irish woman had first been reported missing.

Sinéad Lyons and her dog, a German Shepherd named Flossie, were first reported missing on March 11. Her car, a white Volvo, was discovered near Ossipee Lake on March 15. The police said on March 16 that there was "no danger to the public" in relation to Lyons' disappearance.

On Friday, March 26, police said in a statement that Lyons' body had been discovered by New Hampshire Fish and Game at approximately 2:00 pm during a coordinated search in Ossipee Lake in the Town of Ossipee in New Hampshire.

Lyons' remains were identified by the Office of the New Hampshire Medical Examiner.

The State Police, who are continuing to investigate the incident, said they were initially contacted by the Lowell, Massachusetts Police Department on March 14, 2021, regarding the missing woman.

They went on to thank the public for "providing information leading to her discovery and to our partners in public safety who assisted in several coordinated searches.”

Capt. Michael Eastman said that Lyons was "doing exactly what we believed she was doing, walking along the edge of this pressure ridge, and she then went through the ice at some point or on the edge maybe of where the Bear River comes into Lake Ossipee. I would say that's probably where she went into the water."

"It's more than likely she's been down there for the entirety of this investigation," Eastman added.

Sinéad's younger sister Sandra had been posting public appeals on Facebook to raise awareness about her sister’s disappearance, and earlier noted that their family had flown over from Ireland for the search.

It’s with a heavy heart that I write this, my beautiful big sister has been found along with Flossie. They have both...

Sandra wrote: “It’s with a heavy heart that I write this, my beautiful big sister has been found along with Flossie. They have both sadly past away and are shining down on us all from the nights sky.

“My family and I are so touched by the kindness, generosity and love that we have been shown. We would like to thank each of you for this.

“We would like to thank the officers of New Hampshire State Police and for those that worked along side them to find my big sis.

“Love you, Your little sis, Sandra.”