Shane Lowry and Rory McIlroy to represent Ireland at Tokyo 2020

Rory McIlroy, ranked 10th in the world, and Shane Lowry, ranked 42nd in the world, will represent Ireland at the 2020 Olympic Games in Tokyo later in the summer. 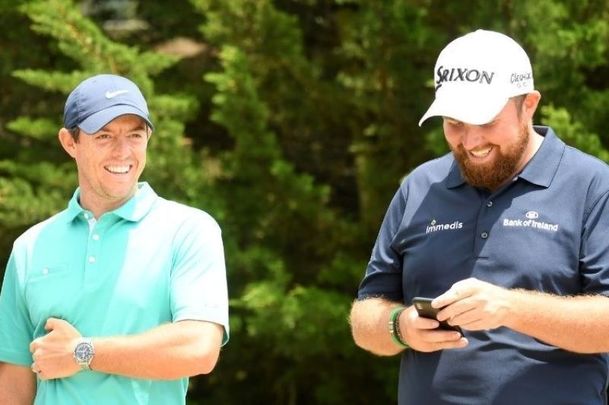 Rory McIlroy and Shane Lowry at the 2019 US Open at Pebble Beach. Getty Images

Rory McIlroy and defending British Open champion Shane Lowry will represent Ireland at the 2020 Olympic Games in Tokyo after a 60-strong field for the men's competition was finalized on Monday.

The field was selected on the basis of world rankings, but with one small caveat - no nation can select more than four golfers and no more than two golfers if they are ranked outside the top 15 in the world.

McIlroy, who recently won the Wells Fargo Championship in Quail Hollow, is a native of Co Down, while Lowry, who won the most recent British Open in 2019, is from Co Offaly. Lowry also recently finished in a tie for fourth at last month's PGA Championship in Kiawah Island.

Neither McIlroy nor Lowry represented Ireland at the 2016 Games in Rio de Janeiro due to concerns over the Zika virus, although both later revealed their regrets over the decision.

Harrington is on stand-by if McIlroy or Lowry are unable to attend Tokyo.

McIlroy, a four-time major winner and former world number one, once hinted that he might not participate at the Rio Games to avoid offending anyone from Britain or Ireland. However, he announced in 2014 that he intended to represent Ireland at the Games, stating that he was 100% sure of his decision.

Meanwhile, several high-profile golfers have withdrawn from the event in Tokyo later in the summer, with former major champions Sergio Garcia, Martin Kaymer, and Louis Oosthuizen all declining invitations.

Garcia, who won the Masters in 2017, said that qualification for September's Ryder Cup was his priority, while 2010 British Open champion Oosthuizen said that he was prioritizing family commitments and a strong finish at the FedEx Cup.

US golfer and current number one Dustin Johnson is also opting out of the Tokyo Games, citing the long travel distances between the US and Japan at a time when he wants to "focus on the PGA Tour".

Bryson Dechambeau, Collin Morikawa, Justin Thomas, and Xander Schauffele will represent the US in Johnson's absence.

Golf returned to the Olympics in 2016 for the first time since 1904 after the International Olympic Committee approved its return in 2009.