A total of 83.4% of members at Portmarnock Golf Club voted in favor of admitting women members for the first time in its 127-year history. 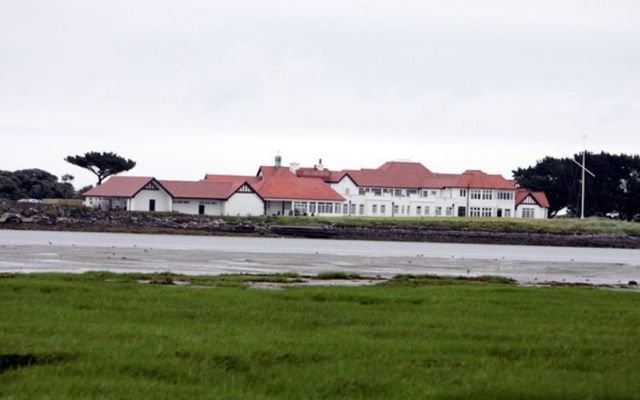 Portmarnock Golf Club has faced heavy criticism in the past for its men-only membership policy. Rolling News

A Dublin golf club has voted to remove its hugely controversial men-only membership policy, which has been in place since the club was formed 127 years ago.

A comprehensive majority of members at Portmarnock Golf Club in North Dublin voted on Wednesday to change the contentious policy, which has existed since the club's foundation in 1894.

A total of 83.4% of members voted in favor of removing the words "who shall be gentlemen" from Rule 3 of the club's constitution, with just 16.6% of members voting against the motion.

Portmanock Golf Club, which has hosted the Irish Open on 19 occasions, boasts a membership that includes some of Ireland's leading medical professionals and judges.

The club issued a short statement on Wednesday confirming that it was now employing a "gender-neutral" membership policy, while the statement also welcomed "a positive development in the Club’s long and distinguished history".

Portmarnock has hosted more Irish Opens than any other Irish course but has not hosted the event since 2003 due to its men-only membership policy.

The Irish Government has refused to issue any public funding to a sporting event at a male-only club since the 2003 Irish Open, which was won by New Zealander Michael Campbell.

The Irish Times reports that the links golf course is now in contention to host Ireland's biggest golfing event once again following its vote to admit women, while it also reports that Portmarnock could become a future destination for the prestigious Open Championship.

Minister for Sport Catherine Martin welcomed the decision and praised the club for "finally" admitting women.

"I welcome this decision and hope women in the community now take up golf and perhaps in future we’ll see even more women go pro," Martin said on Twitter.

"Golf Ireland warmly welcomes the very strong decision of the members of Portmarnock Golf Club to become a gender neutral club," Kennelly said in a statement.

"We look forward to the implementation of this historic decision which is very much in alignment with the core values of Golf Ireland."

The National Women's Council of Ireland (NWCI), who called for a boycott of the 2003 Irish Open due to Portmarnock's membership policy, also welcomed the decision in a statement.

However, NWCI Director Orla O'Connor said that it was "really shocking that in 2021 we are still talking about male only institutions".

Portmarnock Golf Club's male-only membership policy has been the subject of fierce debate for years.