Shane Lowry, 32, is the son of Offaly 1982 All-Ireland winning footballer Brendan Lowry. His father is a footballing legend in his native county but is now surpassed by his son. 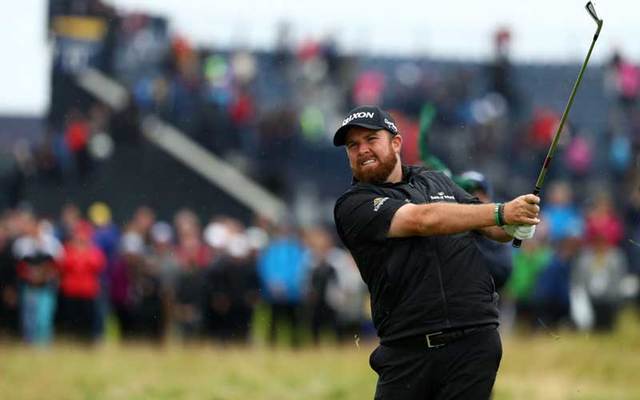 Born in Mullingar, County Westmeath, Shane Lowry, 32, is the son of Offaly 1982 All-Ireland winning footballer Brendan Lowry. His father is a footballing legend in his native county but is now surpassed by his son.

Shane Lowry once stated “pressure is for tires” when asked about the pressures of playing major championship golf.

He first came to prominence when he won the professional Irish Open as an amateur. His mother backed him with a $50 Euro bet at odds of 250/1.

His favorite form of relaxation before a final round is watching GAA games on his iPad He is a devoted follower of both hurling and football.

Shane and wife Wendy welcomed their first child, a daughter in 2017, and it is no coincidence that Lowry has been in the best form of his life.

Read More: Where to play golf in Ireland

There is no doubt a target on Lowry's back after his collapse at the 2016 U.S. Open he did not fare well. Leading by four heading into the final round at Oakmont, he hit a six-over-par 76 and finished three off winner Dustin Johnson.

Lowry learned his early golf at Esker Hills Golf Club, in Tullamore, County Offaly where he began his amateur career. He attended Athlone Institute of Technology as a scholarship student on the Higher Certificate in Sport.

Lowry was the 2007 Irish Amateur Close Champion. He broke through as an amateur in May 2009, when he won The Irish Open on the European Tour, defeating Robert Rock on the third hole of a sudden death playoff.

Walker Cup captain Colin Dagleish described the win as "fairytale stuff,” for an amateur adding: "You'd have to say that To win your own national Open is quite something. It was unbelievable, it really was.”

Lowry elected to turn professional the week after his Irish Open triumph.

He went on: "Seeing him then for the first time, I thought he was a really good golfer. At 18, he was someone who walked along the grass and hit the ball a whack; then he walked further along the grass and chipped or putted it, or whatever. There was no arsing around. Shane is a naturally talented guy and there's not a whole lot complicated going on there."

From that meeting, a closeness developed between them which was very much in evidence when Lowry, still an amateur, captured the Irish Open at Baltray in 2009. And it has been a key element of the player's composure through three rounds of the Open Championship.

"I've seen his ball-striking improve, not that I told him to swing the differently," Manchip continued. "It's been a natural consequence of maturing, of learning as he's gone along, with a few adjustments here and there. Now, it's a fantastic, free-flowing, natural, stand-up-and-give-it-a-wallop swing which creates a better strike.”