Irish man Shane Donaghey was amongst a group of men who helped stop the Sydney knife attack. 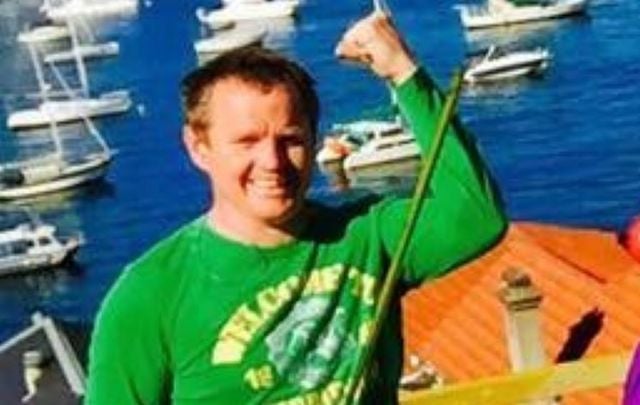 Irish man Shane Donaghey was amongst the heroes who helped curtail a terrifying knife incident in Sydney, Australia on Tuesday afternoon.

Donaghey, a native of Co Donegal, was among a number of men who confronted the 21-year-old suspect who had stabbed a woman in her back on York Street.

Speaking with The Irish Independent, 38-year-old Donaghey said: "It was crazy stuff. I just heard this commotion and this guy running down the street with a knife. His hands were covered in blood.”

"I just started running and I soon caught up with him.”

"We managed to get on top of him and others used pieces of makeshift furniture to keep him pinned down until the police arrived.”

"He was weak as p*** when we got to him," Donaghey said, adding "He was a hard man with the knife but not so hard without it. He started to cry after that."

"He was crazy. He was trying to bite us and all but we managed to keep him pinned down.”

"He was just wild when he was running down the street. I suppose like me the adrenalin kicked in and others took after him too.”

"I've no doubt he would have killed others too if he had been allowed to run loose with that knife," Shane added.

The group of men were able to restrain the suspect until police arrived on the scene and formally arrested him.  Donaghey walked away from the incident with minor cuts and bruises.

Speaking to reporters after the incident, New South Wales Police Superintendent Gavin Wood said of the men: "They are significantly brave people. They approach the person... with clear evidence of a stabbing previously. These people are heroes, and I want to acknowledge that.”

"These members of the public going about their day-to-day business have jumped into a situation which was extremely dangerous, extremely hostile, and they have brought a person - who we will be alleging stabbed an innocent person for no specific reason - into custody and allowed us to do our job."

Police revealed that the suspect was believed to be responsible for stabbing a 21-year-old to death in her apartment before going on his rampage. The 41-year-old he stabbed is said to be in stable condition.

Donaghey, a carpenter, moved to Sydney with his parents and family from their home of Buncrana, Co Donegal in 1988. The Irish family opened a bar and restaurant called Mulligan’s in Chippendale.

“We are still very much Buncrana people living in Ireland and we still love Ireland very much,” Donaghey told The Donegal Daily.