The number of deaths from the dangerous medical condition is more than double what was previously estimated. 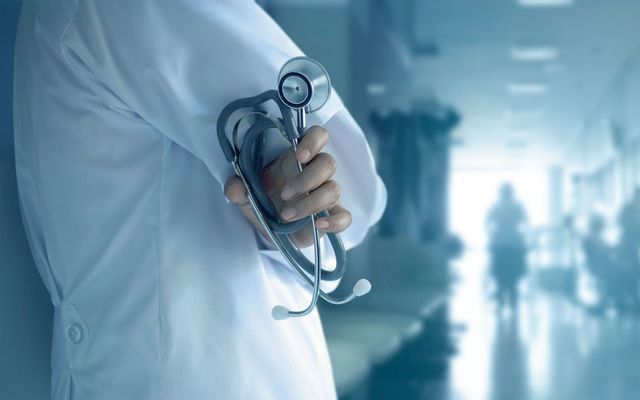 In the US, sepsis is "the number one killer of hospital patients." Getty Images

Sepsis may be the cause of one in five deaths worldwide, according to a new study.

The number of deaths from the dangerous medical condition is more than double the number previously estimated, researchers from the universities of Pittsburgh and Washington found.

The study, which was published on January 16 in the journal The Lancet, estimated that 49 million people developed sepsis and 11 million died from the condition in 2017. More than half of the sepsis cases that developed that year occurred among children, LiveScience reports.

The life-threatening illness is responsible for more deaths than cancer, which kills an estimated 9.6 million people yearly, according to the World Health Organization.

According to the Centers for Disease Control and Prevention (CDC), sepsis is an extreme immune response to an existing infection - triggering a "chain reaction" throughout the body, leading to widespread inflammation. The condition can rapidly lead to tissue damage, organ failure, and death.

"We are alarmed to find sepsis deaths are much higher than previously estimated, especially as the condition is both preventable and treatable," said study author Dr. Mohsen Naghavi, a professor of health metrics sciences at the Institute for Health Metrics and Evaluation at the University of Washington School of Medicine. "We need renewed focus on sepsis prevention among newborns and on tackling antimicrobial resistance, an important driver of the condition."

Earlier studies of the condition only included sepsis cases that were treated inside a hospital and many only looked at data from middle and high-income countries. In the new study, the researchers included low-income countries and sepsis cases that took place outside of hospitals. Researchers looked at more than 109 million death records and trends from 1990 through 2017, CNN reports.

The study also showed that the death rate from sepsis has dropped by about half since 1990, a decline consistent with a global effort to improve public health, NPR reports. However, the medical condition is still a cause of real concern.

In developing countries, where 85 percents of sepsis cases occur, the illness could be prevented with an increased access to vaccines, improved sanitation, and adequate nutrition for children and mothers, according to study lead author Dr. Kristina E. Rudd, an assistant professor in the University of Pittsburgh's Department of Critical Care Medicine.

Rudd adds that “sepsis is still a problem here in the US, where it is the number one killer of hospital patients. Everyone can reduce their odds of developing it by getting the flu shot, and the pneumonia vaccine when appropriate. Beyond that, we need to do a better job preventing hospital-acquired infections and chronic diseases, like diabetes, that make people more susceptible to infections.”