Selling your Irish granny's soda bread is illegal in this state

Adding to the outrage of the ban on Kerrygold butter in Wisconsin earlier this year, one US state still refuses to allow the sale of baked goods. 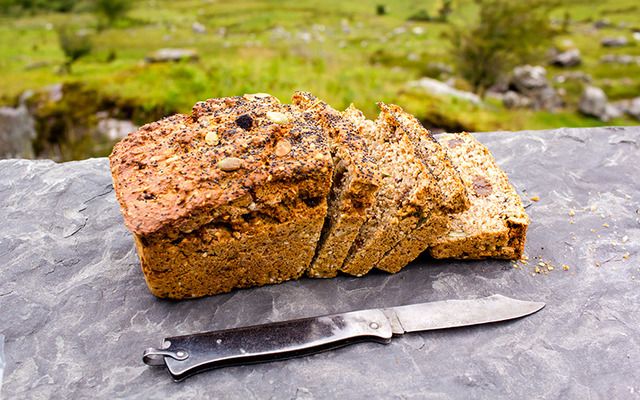 Business was booming - who doesn’t love soda bread? - until Mandy got a rude awakening.

It is a crime to sell homemade Irish soda bread in the state of New Jersey.

Yes, no matter how well you manage to recreate your grandmother’s recipe, there’s absolutely no way for you to sell the scrumptious snack as a product because the sale of all baked goods is outlawed if you don’t own a licence.

While Wisconsin took a step backwards earlier this year in deciding to place a controversial ban on Kerrygold butter, on Wednesday they, at least, removed the ban on the sale of baked goods, leaving New Jersey as the only state in the country to still enforce the law.

While Wisconsin officials have said they’ll appeal the decision, the state senate passed the bill last week that would allow home bakers to sell without a license.

#NewJersey is now the only state where home bakers can't sell their goods without a license https://t.co/mhW8gbnRnD #smallbusiness #baking pic.twitter.com/Du3m4X7m1D

Soda bread fans in New Jersey have not even reached that point, however. One state legislator in New Jersey is blocking a bill to allow home made goods to be sold for what he says are public health reasons.

Poppycock, says Corriston, who points out that it's legal in the state for people to sell baked goods at charity events, but not for those who want to run a small business using the same products.

"Same ingredients. Same kitchens. Same bakers that want to do this for profit," she told AP.

"But the second you put a price tag on it, that baked good becomes illegal, it becomes contraband basically."

Erica Jedynak, who runs the New Jersey chapter of the conservative Americans for Prosperity, has called it a government plot.

"These women can give their baked goods away for free," Jedynak said, referencing a lobbying day where 500 cookies and cake pops were handed out, completely legally because it fell under the remit of charity.

"No one was poisoned, there was no health issues. The lawmakers ate it all up down in Trenton."

Except for State Senator Joseph Vitale, a Democrat who has so far refused to bring the measure up for consideration in his Senate committee.

Corison bakes her soda bread from her Irish great grandmother's recipes. It flies off the shelf. She wants to sell enough to stay home with her three-year-old daughter, but she can’t legally do so.

"But we're not giving up," said the pet-sitter, who has worked with a group over the past eight years to push for the sale of her soda bread.

"We're very encouraged (by the Wisconsin decision) and also a little disheartened because that does leave us alone."

Whether you live in New Jersey or not, find a great Irish soda bread recipe here.