Seema Banu and her two children, Asfira Syed and Faizan Syed, were discovered dead in their Ballinteer, Co Dublin home on October 28. 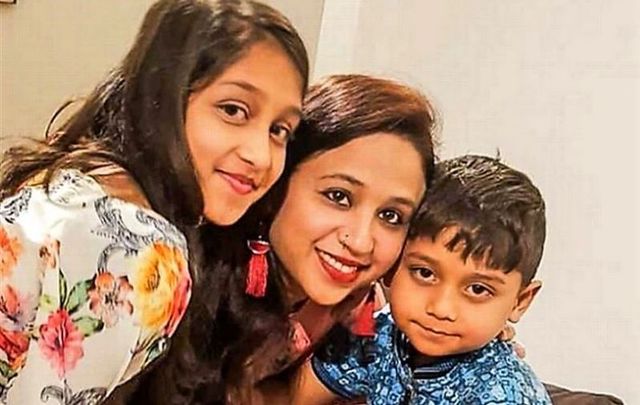 The funeral for Seema Banu, 37, and her two children, Asfira Syed,11, and Faizen Syed, 6, was held today, November 6 in Dublin. Gardai are continuing investigations after the trio was found dead at their home in the Llewellyn estate in Ballinteer, Co Dublin on October 28.

Imam Hussein Halawa offered prayers and the final rituals for the mother and her two young children at the Islamic Cultural Centre in Clonskeagh, Co Dublin on Friday before they were buried in the Muslim section of Newcastle cemetery in south Dublin.

According to The Irish Times, Sameer Syed, Seema’s husband and father to Asfira and Faizen, led mourners as the three coffins were placed in a single plot at the cemetery. As mourners dispersed, Sameer remained kneeling at the head of the grave, his eyes closed, and his hands outstretched in prayer, for several minutes.

Also in attendance at the small gathering was the Indian Ambassador to Ireland, Sandeep Kumar. His office shared these pictures on social media shortly after:

In a statement issued on October 29, the day after the family’s bodies were discovered, Ambassador Kumar said that he was “deeply shocked” and that the Indian Embassy had offered its full cooperation and support to Gardai.

On October 28, gardai responded after concerned neighbors reported not seeing the family in several days. The three victims had reportedly been dead for days upon being discovered, and the property had been flooded by a tap that had been left running.

37-year-old Banu was reportedly the victim of a serious assault earlier this year that left her fearing for her life. A male suspect had been identified in the attack and was due to go on trial next April.

Seemu and her children were laid to rest in Dublin despite her family’s initial wishes that she be repatriated to her native India. On Friday, however, RTE News reported that the family abroad “accepted that wasn't possible and that they were happy the authorities here were taking care of the service.”

A fundraiser that was launched to support Banu’s family has since been shuttered.

In their latest update into the investigation, Gardai said: “Following the completion of Post Mortem examinations, Gardaí from Dundrum Garda Station have commenced a murder investigation into all the circumstances of the events that occurred at a domestic dwelling at Llywellen Court, Ballinteer.

“Details of the Post Mortem results are not being released for operational reasons.

“No arrests have been made at this time.

“An Garda Síochána appeals to any person with any information in respect of these deaths to contact the investigation team at Dundrum Garda Station 01-6665600, the Garda Confidential Line 1800 666 111 or any Garda Station.

“Investigating Gardaí continue to advise that some current uninformed speculation circulating in public is unhelpful to this criminal investigation.

“An Garda Síochána has no further comment at this time and a Garda spokesperson is not available.”