Seán Quinn, in an interview with the Times, named a former associate as being responsible for organizing an attack on a power station in Co Fermanagh in 2012. 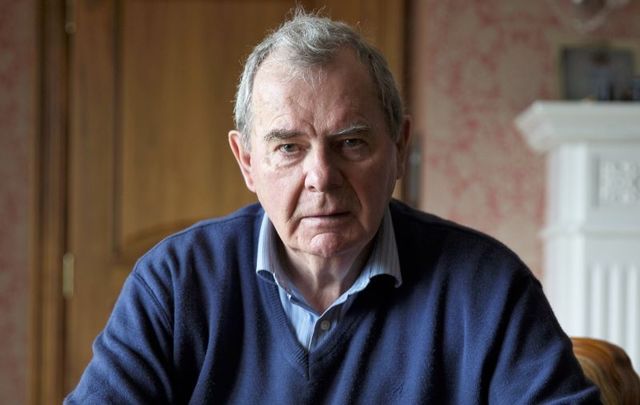 One-time billionaire businessman Seán Quinn has said he knew the identities of people responsible for carrying out arson attacks on his former companies which caused substantial damage.

Quinn, 75, in an interview with the Sunday Times, named a former associate, not identified in the paper, as being responsible for organizing an attack on a power station in Co. Fermanagh in 2012. The substation was burned down after it was set on fire using petrol as an accelerant.

A three-part TV documentary, "Quinn Country", which ended last week, described how he made billions of euros from a series of businesses he built over 30 years from a rural base on the Fermanagh-Cavan border and how he went bust during the collapse of the Celtic Tiger.

The series also documented a list of criminal attacks on companies once run by Quinn, including a vicious assault on one of his former managers, Kevin Lunney, for which three men were sentenced a year ago to prison terms of between 15 and 30 years. The leader of the gang that carried out the Lunney attack, well-known border criminal Cyril McGuinness, known as “Dublin Jimmy” died of heart failure when police raided his getaway hideout in England.

Quinn has always vehemently denied – and he repeated his denials in the documentary – any links to the crimes against his former companies or former managers. He also denied that he was the paymaster behind the crimes.

At the end of 2012 and in the early days of January 2013 he served nine weeks in jail for contempt of court when his family refused to hand over nearly €3 billion of assets to the nationalized Anglo-Irish Bank.

When he told the Times he knew the identities of people who carried out arson attacks on his former companies after they were seized by the banks he reminded the paper he was in prison when the burning of the substation happened.

The suspects were not identified in the paper, and Quinn added that Dublin Jimmy – suspected by police of involvement in some of the later attacks – was serving a sentence in Belgium at the time.

Apart from the convictions linked to the attack on Lunney, who was chief executive of the company that assumed control of Quinn’s manufacturing businesses, nobody has been convicted for other attacks and threats to executives.

Detective inquiries are continuing on both sides of the border by the garda and the Police Service of Northern Ireland.

Quinn remains a person of interest to the investigation teams, and his mansion lakeside home near Ballyconnell, Co Cavan, was searched by gardai last April as part of an investigation into alleged criminal activity in Cavan and the border region. Quinn described the search as “just a fishing expedition.”

The series has drawn some criticism that Quinn became greedy for his family and unwisely invested in Anglo-Irish Bank – which he agreed in the documentary – but he still retains much support in his local community where he created thousands of jobs.

The school dropout who became Ireland’s richest man, at one time worth €5 billion, and the world’s 177th wealthiest before he went bust, is still eulogized with almost cult-like devotion on the Fermanagh-Cavan border.

A local butcher told the Times, “The Sean Quinn story is legendary in this area. He’s better than God to us.”

Most of the rest of Ireland remembers that due to the collapse of one of his companies, Quinn Insurance, a two percent levy continues to be charged on every non-life insurance policy sold in the country.