Groups funded by Scientologists in Ireland are attending events linked with schools as they ask school administrators for permission to make presentations to students. 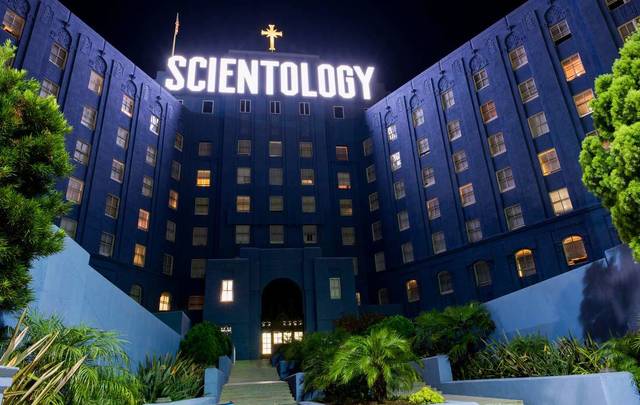 The Church of Scientology in Ireland opened a new national office in Dublin last year. iStock

Foundation for a Drug-Free World, a Scientology-supported organization, appeared at a recent education conference in Co. Kilkenny as well as at an expo attended by 15-year-old Irish students.

Concerns have grown recently at the access given to organizations linked with the Church of Scientology to education-linked conferences in Ireland, including the appearance of Applied Scholastics and the Foundation for a Drug-Free World at a recent expo held for 15- and 16-year-old Irish students.

Both linked or funded by the controversial church, the groups were among the 55 stalls at the Education and Training Board Ireland (ETBI) conference in Co. Kilkenny last week, a conference attended by 500 delegates from education and training boards. These boards are responsible for managing and operating a range of education centers in Ireland including high schools, and further education colleges.

This comes just two weeks after the groups purchased stands at an event in Dublin attended by 7,000 high school students.

A sign over the original Scientology office in Dublin, Ireland. Image credit: RollingNews.ie.

Michael Moriarty, the general secretary of the ETBI, told The Times that he only became aware that Applied Scholastics and the Foundation for a Drug-Free World were linked with Scientology when Irish radio station Newstalk reported on their presence at the Dublin expo two weeks previous.

“We had a contract because they paid for a stand,” said Moriarty. “There were no children at this conference. They are all adults. What should I do? They are against drugs and I’ve no problem with that. I checked it with people and they were reasonably positive about them.

“We are a multi-denominational body so we can’t discriminate,” he continued.

“If somebody came here from Islam, as long as it was legal I couldn’t stop them. If Tom Cruise turned up here and he was a Scientologist, what do you do? I’m happy enough they are not a banned or an illegal organization. There were only intelligent, bright adults at my conference who could make up their own minds.”

Read more: Why is the Church of Scientology hounding Irish language speakers?

The Church of Scientology is thought to be attempting to expand its numbers in Ireland. Last year, Irish Scientologists announced the opening of a new national affairs office along with future plans to open a 1,200 auditorium in the Irish capital. The church also made attempts to translate their educational material into Irish.

A family protests against the Church of Scientology in Ireland. Image credit: RollingNews.ie.

Despite its attempts to claim charitable, tax-free status in Ireland, the Church of Scientology has yet to be officially recognized in the country as a religion, though it is free to promote Scientology beliefs. The controversial church is believed to have just a few hundred members in Ireland, although exact figures are not provided.

Would you be happy to have groups linked with the Church of Scientology present to your children? Let us know your thoughts in the comments section below.