School principal tried not to hire Catholics because they're "brainwashed"

In a 12-minute video, the assistant principal is allegedly seen talking to a woman about how he tries not to hire conservative teachers, including Catholics. 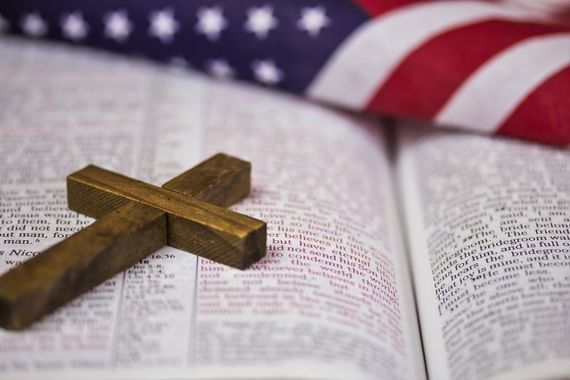 An assistant principal in a Connecticut public elementary school is facing an investigation by state officials after allegedly being recorded saying that he would prefer not to hire Roman Catholic teachers because it's like "they're brainwashed".

In a 12-minute video, the assistant principal is allegedly seen talking to a woman about how he tries not to hire conservative teachers, including Catholics.

"Honestly, I don't want to," he said after being asked if he'd hire a Catholic, according to America Magazine.

When asked why, the assistant principal said if someone is "raised a hardcore Catholic, it's like they're brainwashed. You can never change their mindset".

He also added that "more progressive teachers" are "savvy" about revealing Democratic messages to students without revealing their political ideology.

The 12-minute video was released by the conservative group Project Veritas, a group renowned for using undercover methods to expose liberal bias.

The group has identified the assistant principal as Jeremy Boland, who has since been placed on administrative leave while the matter is investigated.

"Late last evening, we were made aware of a video that had gone viral with a current administrator from Cos Cob School. We intend to do a full investigation and until that time, we will not make any public statements. We ask that you respect the investigation process during this time," Jones said in the first of two emails to Greenwich parents.

Ned Lamont, the Democratic Governor of Connecticut, issued a statement condemning "discrimination of any kind" in response to the video.

"This is not aligned with our Connecticut values," Lamont said.

Christopher Healy, the Executive Director of the Connecticut Catholic Public Affairs Conference, described the alleged comments as "extremely disturbing" and said they should be treated as a "serious breach of public trust and state laws".