"Save Shannon Airport" petition racks up thousands of signatures

The online 'Save Shannon Airport' petition calls upon the Irish government to establish a single semi-state authority for Shannon, Cork, and Dublin airports. 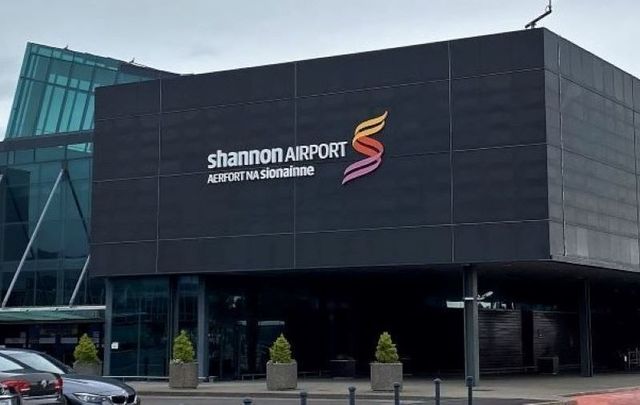 “Save Shannon Airport,” a petition launched on Change.org, has received more than 7 thousand signatures in support since launching less than a week ago.

“We further call on the Government to ensure that the workers in Shannon affected by the Aer Lingus announcement of closure of its passenger operations at Shannon are given the full support and resources of the State.”

The petition was launched not long after Aer Lingus announced that it would be shuttering its cabin crew base at Shannon Airport in Co Clare, and would additionally be temporarily closing operations at Cork Airport this autumn.

The Irish Times reports, however, that Aer Lingus said "it would operate flights from there [Shannon] should market conditions allow."

Aer Lingus employees at Shannon had been laid off without pay since March and were expected to return to work this month. In the wake of the announcement, the 81 Aer Lingus cabin crew at Shannon will be offered either enhanced severance or, where possible, transfer to Dublin. A further 45 ground staff in Shannon will remain laid off.

The move drew a strong reaction from the Irish diaspora who relies on Shannon Airport for access to the south and west of Ireland, as opposed to traveling via the more eastern Dublin Airport.

Among the many reasons offered in support of the petition, some included:

“My business depends on visitors to the west and southwest of Ireland.”

“We already lost Galway airport, we have to keep Shannon”

“Our national airline should be flying in and out of all Irish airports."

“This is an extremely poor business decision on the part of Aer Lingus upper management. Customers flying to the West of Ireland from the US want to fly to Shannon, and do not want to sit on a bus back across the country for hours after having flown trans-Atlantic overnight.”

“This was a great airport for decades, it will be again if given the support. Stop moving the whole country to Dublin."

“Please consider the entire Ireland when making these decisions. The people and economy need Shannon.”

“Shannon Airport [is] so grossly underused and Dublin so the opposite. We, in the west of Ireland, do not want the hassle of traveling to Dublin for flights when we have one of the finest airports in the world on our doorstep. So underused, it's disgraceful."

Last year, Shannon Airport, like so many others around the world, endured a sharp decrease in passenger numbers. While 1,717,575 people passed through the airport in 2019, just 352,403 did in 2020. 25,337 of those passengers last year were transatlantic.

The sharp decrease can be attributed in part to the fact that Aer Lingus has not flown commercially in or out of Shannon Airport since April 2020.

Commenting on Shannon Airport's 2020 passenger figures, CEO of Shannon Group Mary Considine said that the pandemic "had a devastating impact on two of our three business operations, but with the right supports, the foundations for recovery exist within Shannon Group, namely our improved core airport infrastructure, vibrant property portfolio, strong tourism offering, and vibrant aviation cluster.”

She added: “Shannon is resilient, our people are resilient. We have come through many crises in the past and we got through them by preparing and planning for the future. How we manage through this storm is equally important and we are determined and focused on navigating our way through."

According to The Irish Times, members of the joint committee are concerned that the closure of the Aer Lingus cabin crew base at Shannon "could spell the end for key services from there to Britain and the US."

Separately, Tanaiste Leo Varadkar has raised the idea of Amazon using Shannon Airport as a hub.