All Roscommon GAA matches for this weekend have been postponed after the Roscommon Referee’s Committee withdrew its services in response to an alleged on-pitch attack during the week. 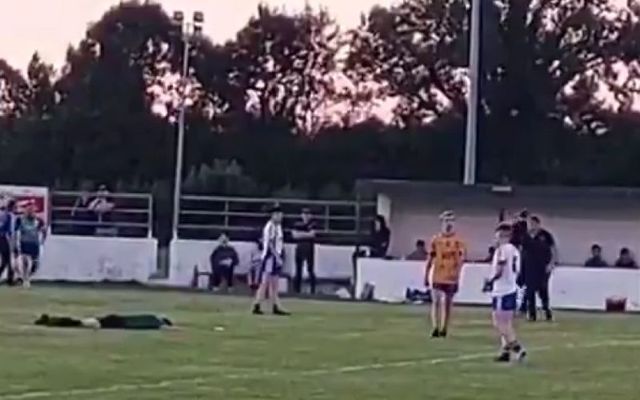 Roscommon GAA said today, September 2, that it is postponing this weekend's matches after the Roscommon Referee’s Committee withdrew its services for all matches scheduled in Roscommon for today, tomorrow and Sunday.

The Roscommon referees' withdrawal comes after a GAA referee was allegedly attacked on the pitch during a football match in Ballyforan on August 31.

The Referee’s Committee said on Friday that it feels that this action is "necessary to strongly condemn any form of violence, aggression or abuse towards match officials in the GAA."

Roscommon GAA said it strongly condemns any behavior that puts any of its match officials at risk.

All Roscommon GAA matches that were due to be played this weekend will be rescheduled to September 16 - 18, and all tickets that have been purchased will remain valid for the rescheduled fixture.

Roscommon GAA have been informed by the Roscommon Referee’s Committee that they are withdrawing their services for all matches scheduled in the county for today, tomorrow and Sunday.

Referee Kevin Naughton was allegedly attacked during a group game between Roscommon clubs St. Aidan's and St. Dominic's in Ballyforan on Wednesday, August 31.

Video footage of the match failed to capture the moment of the alleged assault but showed Naughton lying face down in the middle of the pitch.

The referee was kept in hospital overnight for observation and discharged the following morning.

Minor club game in Roscommon last night. (30 seconds in)
Every club in county has a coward. Let's stop this now before an officials life is in danger. Tougher action needed now before it's too late! @officialgaa pic.twitter.com/HwTWwzlbSV

Roscommon GAA said on Thursday morning that it is aware of the incident and has launched a full investigation.

It said it strongly condemns any behavior that puts match officials at risk and wished Naughton a speedy recovery.

An Garda Síochána has also said that it is aware of an alleged assault at a GAA match in Roscommon and is conducting inquiries into the matter.

Minister of State for Sport Jack Chambers condemned the incident and called for a swift investigation into the matter.

"Referees are central to sport and participation in our communities. Our games cannot happen without them. A very strong message must go out that any abuse of match officials is unacceptable & will not be tolerated in sport. Referees must be respected & protected in all sports," Chambers wrote on Twitter.

I condemn the disgraceful incident that occurred at a GAA match yesterday. This matter needs to be investigated in full by the relevant authorities & any individual found responsible for harming a match official needs to be held to account. My thoughts are with the referee.