Riccardo “Ricky” Pellecchia, a native of Co Louth who has been living in NYC for more than a decade, remains detained at an ICE facility as he is not entitled to post bond or plead his case. 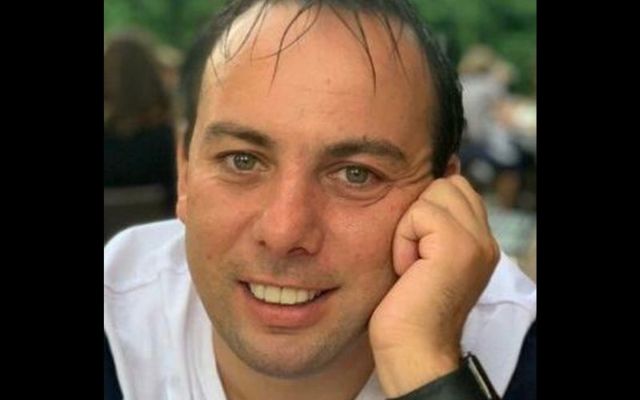 Riccardo “Ricky” Pellecchia has been held in the Orange County Correctional Facility of US Immigration and Customs Enforcement (ICE) in Goshen, New York for the past two weeks.

An errant drone with a dead battery owned by a photography buff from Ireland could result in his deportation from the US after federal officials became aware of his undocumented status.

Riccardo “Ricky” Pellecchia, 38, a native of Dundalk, Co Louth who has been living in Queens for the past 12 years after overstaying admission on a 90-day visa waiver, has been held in the Orange County Correctional Facility of US Immigration and Customs Enforcement (ICE) in Goshen, New York for the past two weeks.

His attorney obtained a temporary stay of deportation, but because Pellecchia entered the US under the visa waiver program, he is not entitled to post bond or plead his case before a US immigration judge.

“Ricky doesn’t have so much as a traffic ticket to his name here or in Ireland. With catch and release in New York and bail reform, courts are letting violent criminals back on the street. But Ricky has to stay in a correctional facility and his friends and family think it’s very unfair, especially when busloads of people who illegally crossed the southern border are being sent to New York and given housing,” Pellecchia’s attorney Michael Nappo told the Irish Voice, sister publication to IrishCentral.

Pellecchia’s friends have reached out to local politicians pleading for assistance, and a petition urging his release on MoveOn.org garnered more than 920 signatures as of Tuesday night. His allies all say the same thing – Pellecchia is a selfless, productive member of the Queens Irish American community who happily lends a helping hand to anyone in need.

How he wound up at the ICE facility in Goshen is a story of being in the wrong place at the wrong time, thanks to a drone he owns to pursue his passion for photography. Pellecchia enjoys taking photos of the Manhattan skyline and sunsets with the drone, but one day in July, its battery went dead and it landed on property operated by electrical utility Con Edison.

When he went to retrieve the drone he was greeted by members of the New York Police Department who had been contacted by Con Ed personnel about the sudden landing. An NYPD detective questioned Pellecchia and was satisfied when the Irishman explained that he was using the drone solely to take photos and that the battery unexpectedly ran out.

He thought that was the end of the mishap until a couple of weeks later when the FBI’s Joint Terrorism Task Force got involved. Agents questioned him and they too were convinced the drone was recreational.

“Ricky told them to take the drone, that they could do anything they wanted with it,” Nappo said.

Not long after that, ICE contacted Pellecchia to set up an interview. He readily agreed, but the agents acted with urgency – when Pellecchia left his home on the morning of his appointment, there were four ICE cars waiting for him outside. He was taken to the Manhattan field office at 26 Federal Plaza before being sent to Goshen.

Employed by an Irish bar in Queens, Pellecchia is “very upset” about the sudden turn his life has taken, Nappo said.

“It’s been very difficult for him. He has not been mistreated, but not being able to get in front of an immigration judge, or even to post bond, is very frustrating.”

Pellecchia’s friends have sent a letter to local politicians seeking an intervention in his case. They outlined his many contributions to the community, and how his deportation would be a significant loss.

“Ricky has become a social pillar of the community. His mild temperament and straight-talking nature have seen him become a truly great friend to many. He is a sounding board for problems, a friendly ear for advice, and a shoulder to cry on when called on,” the letter said.

“It is in his nature to want to help any and everyone if he can, going above and beyond in most cases while asking nothing in return. He has provided a sense of community for many in the bar, both Irish and American, particularly for those who find themselves alone in this country. It is no exaggeration to say he has become like a son to many patrons of the bar.”

The letter continues, “Not satisfied with helping only those he comes into direct contact with, Ricky has always been willing to use his network to benefit charities. Whether it was golf outings, fundraisers, bar events, he contributed his time willingly to making posters, selling tickets, booking venues, collecting money, and any other task that was asked of him. This work has seen him directly contribute to raising significant sums of money over the past 12 years, where the monies raised have benefitted both members of the American community over here and his native Ireland. This is not a man who sat back for 12 years and took from this country, the reality is he contributed all he could without thinking about it and asked little if nothing in return.

“To summarize, Ricky, Riccardo Pellecchia, is not a criminal. He is an individual who finds himself in a bad situation. He is a son, a brother, a friend, a partner. He is a man who possesses the kind of moral fortitude that anyone would be proud of.”

Nappo is hoping ICE will exercise prosecutorial discretion, a mechanism in the law that allows the agency to dismiss cases that could be considered low priority. If not, he will seek to have Pellecchia returned to Ireland via voluntary departure instead of deportation as his chances for a future return to the US will be easier if he leaves voluntarily.

“Ricky is no threat to society and he didn’t commit a crime, and we’d like the chance to go before a judge. But they’re saying because of the way he entered, he’s not entitled to that. I honestly feel if I could get the case before a judge there would be a lot of sympathy for him,” Nappo said.