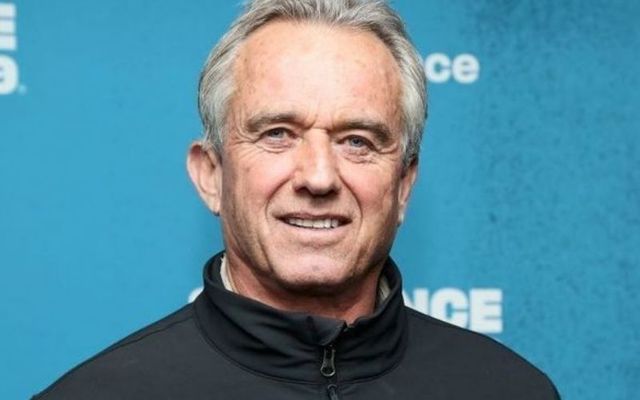 Renowned anti-vaxxer Robert F. Kennedy Jr. has come under fire for targeting the African-American community with a vaccine misinformation documentary.

The documentary also warns that the Eugenics movement of the early 1900s, which aimed to eradicate unfavorable genetic traits through selective breeding, is in danger of happening again.

The film draws on interviews with prominent anti-vaccination advocates in addition to historical incidents of racism in the medical field, such as the hugely controversial Tuskegee Syphilis Study that took place from the 1930s to the 1970s.

The hour-long film also includes a lengthy discussion on the disproven link between vaccinations and autism, claiming that black communities are being disproportionately harmed.

The documentary uses Center for Disease Control and Prevention data to make a connection between vaccinating black children and the risk of autism. The CDC data closely resembles another study that was later retracted by the Scientific Journal on the grounds of "undeclared competing interests on the part of the author".

The author of the study in question was a paid contractor for Kennedy's Children's Health Defense as of 2020.

The film additionally features leading vaccination experts in an attempt to add credibility. However, their inclusions were simply for misleading and disingenuous purposes.

Naomi Rogers, for example, who teaches medical history at Yale, was included for just 14 seconds in the documentary, but her interview was twisted for anti-vaccination purposes.

Rogers said that she spoke passionately about racial issues in the medical industry and working against discrimination but that her remarks were embedded in a segment that she had "enormous problems with".

Rogers's interview was ultimately included in a segment claiming that the anti-vaccine movement was engaged in a civil rights campaign to stop experimentation on black communities.

Rogers told National Public Radio that she was asked to take part in the documentary under false pretenses and that the filmmakers assured her that her interview would be included in a standard documentary that addressed the main concerns of the COVID-19 pandemic. She said that she spent more than an hour talking to the filmmakers about her extensive research.

She said that she was enraged when she saw the final cut.

"I was naive, certainly, in assuming that this was actually a documentary, which I would say it is not. I think that it is an advocacy piece for anti-vaxxers. I'm still very angry. I feel that I was used," Rogers told NPR.

Brooks said that he took part in the documentary to add balance but that he now regrets his decision.

He said that the film encouraged African-Americans to avoid getting a COVID-19 vaccine even though data suggests that they are twice as likely to die from the virus.

"The crux of the documentary is generally don't get vaccinated," Brooks told NPR. "There is an understandable concern in the African American community regarding vaccines — however, in the end, my position is you look past those, have an understanding of those, and still get vaccinated. ... That nuance was not felt or presented in the documentary."

Children's Health Defense released the film in March at a time when America was ramping up its COVID-19 vaccination rollout.

The film opens with several ominous clips about the pandemic and features interviews with a number of African-Americans who state that the pandemic is "propaganda" and that they don't trust the vaccine.

Kennedy Jr. appears in the documentary, warning viewers about the possible dangers of vaccines.

Kennedy has a long history of anti-vaccination advocacy and was banned from Instagram in February this year for posting misinformation about vaccines.

He was also criticized by members of his own family, who penned an op-ed in Politico in 2019 challenging his views on vaccines.

"We love Bobby. He is one of the great champions of the environment," Kathleen Kennedy Townsend, Joseph P. Kennedy II, and Maeve Kennedy McKean said in the op-ed in May 2019. "However, on vaccines he is wrong.

"And his and others’ work against vaccines is having heartbreaking consequences. The challenge for public health officials right now is that many people are more afraid of the vaccines than the diseases."

Kennedy Jr., meanwhile, has maintained that he is not anti-vaccination and claims that he is simply in favor of safe vaccines.