The Cliffs of Moher, Ireland's number one tourist attraction, is set for a multi-million euro revamp. 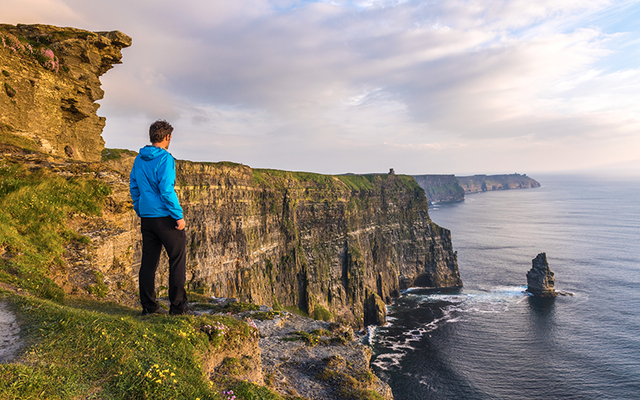 Clare County Council is looking to spend around €16.5 million on upgrading facilities for tourists, including spending around €2 million on a tunnel for pedestrians to walk through.

There will also be €6 million worth of improvements made to the visitor center, around €4 million spent on admission, parking and traffic management, €2 million on improvements to the Cliff walk itself and a €2.5 million budget for a wastewater treatment plant upgrade.

The stunning cliffs attract around 1.6 million tourists every year, and part of the reason for the revamp is that the visitor center is only accustomed to accommodating around half that amount.

As a result, the council has stated that a number of items and issues must be addressed in order to ensure the safety of all visitors.

Part of the plan includes an additional 700- 800 square meters of the visitor services center to be developed, which includes additional catering, retail, and toilet facilities.

The council is also looking to spend €2 million on an underpass "to improve pedestrian safety at what can be a dangerous intersection between pedestrians and traffic, particularly during periods of dense fog when driver visibility is significantly reduced."

Read more: These are the places in Ireland you have to visit

Officials state that there is an opportunity at the underpass "to create a gateway experience to the attraction, build an expectation, and heighten the visitor’s sense of arrival at a world-class attraction.”

They'll be looking to increase the size of the car park too by around 40 percent, increasing its capacity from 468 to 650 spaces.

According to the council's report, the car park is currently over-capacity during peak times, particularly during the months of June to August.

The project is expected to take over two years and four months to complete between the appointment of designers and the construction fit-out.