Seven years after the financial crises, Ireland is experiencing a rapid growth in its economy. 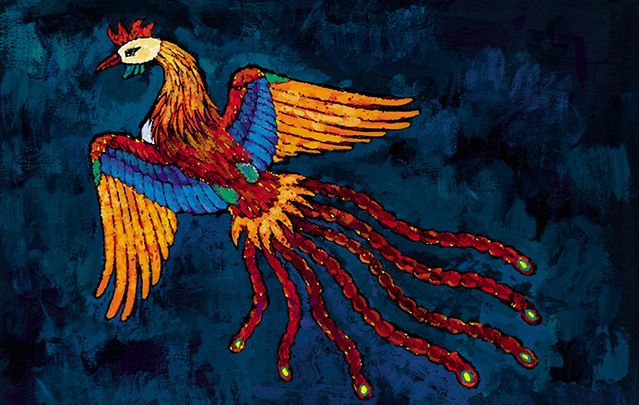 Are we seeing the rise of the Celtic Phoenix? Getty images

Rising from the ashes of the crippled Celtic Tiger era, The Economist has dubbed the current growth in the Irish economy the ‘Celtic Phoenix.’

Less than two years ago, it would have been hard to believe that the Irish economy could have made such a successful re-emergence and revival following the harsh terms of the EU and IMF bailout, but with the continued presence of American multinationals, a boost in exports given by the recent weak Euro, and the return of increased consumer spending, without the return of a construction boom, the Irish economy stands in a good place.

“Less than two years since Ireland exited its humiliating bailout, its economy is resurgent,” The Economist writes.

Ireland's speedy recovery from the crash has earned it a new title: the Celtic Phoenix https://t.co/jQ27bZeR7y pic.twitter.com/a9MgUrypvg

The term Celtic Tiger was a term used to refer to the surging economic growth in Ireland, especially between 1995 and 2000, first used by chief investment officer for Europe at Barclays Bank, Kevin Gardiner in 1994.

Between 1995 and 2000, the Irish economy expanded at an average rate of 9.4 percent with thanks to foreign investment, especially in the technology and pharmaceutical sectors.

The term was used as a reference to the similar Asian tiger economies in Singapore, Hong Kong and South Korea which were also undergoing rapid expansion.

After years of big spending, a property boom, and many unsustainable loans given by Irish banks from the mid-1990s to the mid-2000s, the bottom fell out of the Celtic Tiger in 2008.

During the worldwide financial crisis, the Irish economy was exposed as false and the spectacular crisis within Irish banks required a $89 billion (€64 billion) Government bailout, who in turn needed to be bailed out by the EU and IMF in 2010.

Although far from the position it was in pre-collapse in 2007, the Irish economy has now shown some promising signs of a good recovery, experiencing a rebirth of sorts which the newspaper has named the “Celtic Phoenix.”

We've been the Poor man of Europe, the Celtic Tiger, and a PIIG. Now #Ireland is the 'Celtic Phoenix' @TheEconomist https://t.co/onHT6f2xwe

“The severity of the crisis, which was linked to a collapse of the housing market, was such that despite the recent rapid growth, GDP per person remains below its peak in 2007 (although GDP surpassed the pre-crisis high a year ago).” the paper writes.

The Economist has applauded the input of multinationals in Ireland as a factor that kept the country treading water when many Irish companies and businesses were drowning.

With thanks to a highly educated workforce and the low 12.5 percent corporation tax, many tech and digital companies such as Apple, Facebook, Google and LinkedIn have chosen to set up European bases in Ireland. Just this week, pharmaceutical giant Pfizer announced a further deal in Ireland—a $155 million deal to merge with smaller Irish company Allergen.

“The scale of their activities is such that Ireland’s overall exports were worth 114% of GDP last year; imports were also very high, at 95%,” they said.

“Ireland has benefited from the fact that it exports heavily to America and Britain, both of which have outperformed the torpid euro area.”

In the past year, the Euro has also been struggling, trading 15-20 percent lower against the US dollar than last year. This only helped in increasing Irish exports.

Internally, this rise in exports has been met by the increase in consumer spending, as Irish businesses have more money to spend, as do the general public.

But is Ireland on the same dangerous path that led to the collapse seven years ago?

Ireland’s previous downfall was widely blamed on the property bubble that burst in a blaze of half-finished projects and ghost estates. Despite the recent rapid growth, there has been little interest shown in the construction industry or at least nowhere near the same height of interest as in the 1990s.

“There is not even a glimmer of a construction boom despite the acute shortage of property in hotspots such as Dublin,” the paper reports.

“11,000 houses were completed in Ireland last year, compared with around 90,000 in 2006. Credit is still falling rather than ballooning, as occurred in the previous boom.”

While the Irish economy is recovering the seeds of its demise are highlighted in the last paragraph of this article. https://t.co/wXu5oOxcij

They have shown scepticism, however, in the recent announcement of Irish Taoiseach (Prime Minister) Enda Kenny to add another $1.6 billion (€1.5 billion) to public spending next year (an announcement made just a few weeks ahead of a general election in early 2016) on what they feel is a temporary gain in revenue.

“That is an unfortunate echo of Ireland’s chequered fiscal past,” they argue.

The Economist article comes just weeks after a column in MarketPlace declared Ireland as a perfect example of austerity measures working.

Two years ago, Nobel laureate and NY Times columnist Paul Krugman claimed that the austerity measures implemented in Ireland were never going to work, arguing that "the repeated invocation of Ireland as a role model has gotten to be a sick joke."

Has #Ireland gone from boom to bust to brunch? I'm not convinced and am quoted in @Independent a little while ago https://t.co/MbMDQgi91q

In a MarketPlace column, however, Nicholas A. Vardy, Chief Investment Officer at Global Guru Capital, stated that Krugman and other dissenters of the success of Ireland’s policy of economic austerity were wrong.

Vardy applauds the strict cutbacks made by the Irish government since the Irish economy completely fell apart in 2008, claiming that the country has now shown enough proof of growth to confirm that austerity measures worked.

What do you think of the term “Celtic Phoenix” to describe Ireland’s economic comeback? Share your thoughts in the comment section, below.