Dozens of Rangers fans were filmed singing the sectarian "Famine Song" ahead of their game with Celtic at Ibrox on Sunday afternoon. 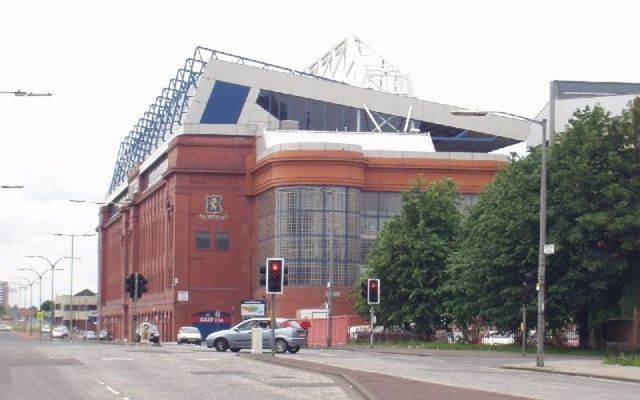 Supporters of Glasgow Rangers have come under fire after they were filmed singing "bigoted hatred" that belongs in the "sewer" about the victims of the Irish Famine.

Dozens of Rangers fans were filmed singing the sectarian "Famine Song" ahead of their game with Celtic at Ibrox on Sunday afternoon.

Many of these Famine emigrants headed to the Scottish city of Glasgow and Rangers fans proudly sang on Sunday that they had brought "nothing but trouble and shame".

"From Ireland, they came, brought us nothing but trouble and shame," Rangers fans sang in Glasgow on Sunday.

"Well the famine is over, why don’t they go home?"

Much has been said about the footage of Rangers ultras singing the racist 'famine song.' Until the Police enforce the law this will go on. You can't legislate racism & bigotry out of existance, it has to be educated out of folk & some may be beyond redemption but we need to try. pic.twitter.com/eFrxyV1Wka

Scottish Health Secretary Humza Yousaf called for an official probe into the incident and said that he was "disgusted" by the song.

"For those hurling racist abuse at our Irish community telling them to ‘go home’ – Scotland is their home," Yousaf said on Twitter.

"Disgusted to once again see anti-Irish racism rear its ugly head. Solidarity with our Irish community.

"I am sure Police Scot will hold those responsible to account."

Labour MSP Paul Sweeney said that the song was racist and called on Scottish police to identify those responsible and charge them with "breach of the peace aggravated by racial and religious prejudice".

Assistant Chief Constable Bernard Higgins described the song as "wholly unacceptable" and said that he expected a number of arrests to be made over the incident.

"A retrospective investigation into this anti-Irish Catholic singing has been launched and we are following up a number of lines of inquiry, including reviewing CCTV footage and footage on social media," Higgins said on Monday.

"I fully expect a number of arrests to be made."

Nil By Mouth Director Dave Scott said that the offensive song was no different from the racial abuse suffered by Rangers player Glen Kamara last April against Slavia Prague of the Czech Republic.

"This sort of garbage should be no more welcome in the 21st century as another prayer racially abusing Glen Kamara or morons on a supporters bus doing the same to Kyogo Furuhashi," Scott told the Scottish Sun.

"It’s the language of the sewer."

As the two biggest clubs in Scotland, Glasgow rivals Rangers and Celtic are bitterly divided along sectarian lines, with Celtic attracting support from the Catholic population of Glasgow and Rangers drawing fans from Glasgow's Protestant community.

However, Scott said that there was no celebration of identity or football on display on Sunday and described Rangers fans as "bigoted".