Queen Elizabeth, the 95-year-old British monarch, has canceled her trip to Northern Ireland to mark the centenary of Irish partition. 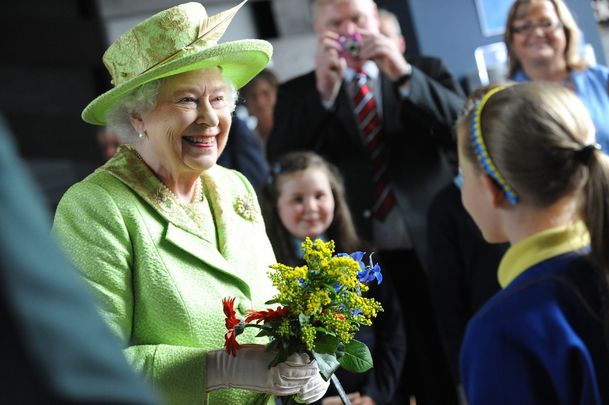 Queen Elizabeth II has been forced to cancel her trip to Northern Ireland, as medical experts advised it after a busy week's schedule.

Her Royal Highness, Queen Elizabeth II has been forced to cancel her trip to Northern Ireland this week due to medical advice.

The Queen was set to visit Hillsborough, in Co Down on Wednesday, October 20, and attend a church service in Co Armagh on Thursday, October 21 to mark the centenary of Northern Ireland’s formation. However, after a busy period of public engagements, the 95-year-old monarch was advised to take some rest.

The Queen is said to be in good spirits but disappointed not to be able to carry out the two-day trip. Buckingham Palace said in a statement: “The Queen has reluctantly accepted medical advice to rest for the next few days."

The church service which the Queen was to attend caused some controversy in Ireland after President Michael D. Higgins declined to accept an invitation to attend.

Higgins said that he had considered the invitation for six months and added that what started out as a religious service had turned into a political statement.

The event has been called "marking the centenaries of the partition of Ireland and the foundation of Northern Ireland" and Higgins said that the title was not a "neutral statement politically".

Earlier this month, it was announced that Ireland's Minister for Foreign Affairs Simon Coveney and Irish Government Chief Whip Jack Chambers will attend the church service as representatives for the Irish government.

Queen Elizabeth was also meant to be attending 'The Oldie' Awards this weekend in Belfast. The Oldie is a magazine aimed at elderly folk and is designed to celebrate the lifetime achievements of notable “old” people with past recipients including Mary Berry and Amanda Barrie.

While Queen Elizabeth was set to be presented with the 'Oldie of the Year' award at this year's ceremony, the monarch instead chose to politely decline the award, stating that 'you are only as old as you feel'.

While Queen Elizabeth chose to decline the award, she made sure to send her best wishes to the organizers of the event. The late Prince Philip was a winner of the award in 2011. 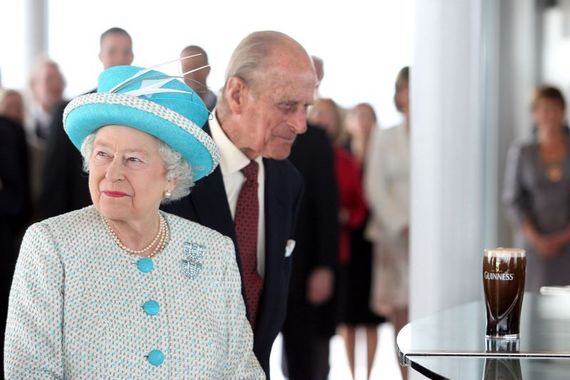 The Queen and Prince Philip at The Guinness Storehouse in Dublin during her 2012 trip to the Republic of Ireland.

As the nation's longest-reigning monarch, she is due to mark her Platinum Jubilee next year after 70 years as Queen. This will be a major celebration in the United Kingdom and a milestone event for the Royal Family.

Author and broadcaster Gyles Brandreth, chairman of the awards, wrote to the Queen's private secretary, Sir Edward Young, to ask if she would accept the title.

However, in a response from Queen Elizabeth's private secretary, the reasons for the Queen's reluctance to accept the prize were outlined. He said, "Her Majesty believes you are as old as you feel, as such The Queen does not believe she meets the relevant criteria to be able to accept and hopes you will find a more worthy recipient."

While Queen Elizabeth may not deem herself suitable for the award, recent news has emerged that details how the Queen has been advised to forego her trip to Belfast altogether and get some much-needed rest. Buckingham Palace said in a statement: “The Queen has reluctantly accepted medical advice to rest for the next few days.

On Wednesday, Buckingham Palace said Queen Elizabeth II accepted medical advice to rest and had canceled a trip to Northern Ireland. It said the 95-year-old monarch is “in good spirits." https://t.co/HNyp9vmDs4