Graffiti reading "Z" and "glory to Russian" was painted on the famous treed avenue in Country Antrim. 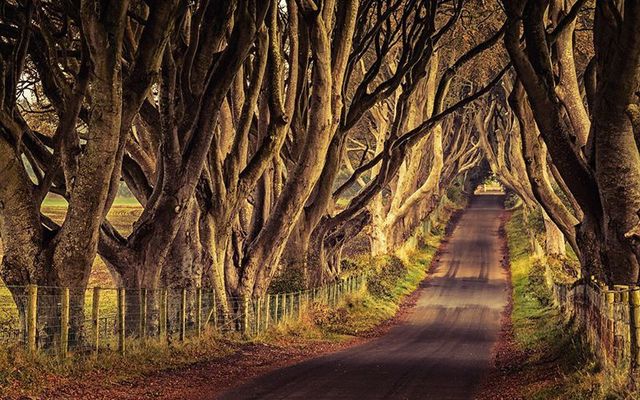 Police in County Antrim are investigating pro-Russian graffiti discovered on the Ballymoney road,  in County Antrim, made famous as a filming location for "Game of Thrones".

The pro-Russian graffiti was discovered by a group of tourists traveling in the area on Saturday morning. The symbol "Z" and "glory to Russia" were daubed in paint on the road which has become a major tourist attraction since it was featured in the HBO fantasy series "Game of Thrones".

The trees in the Dark Hedges were planted over 200 years ago by the Stuart family who were local landowners. They were little known outside the area until they featured in "Game of Thrones" as the Kingsroad.

The graffiti was painted over the weekend, ITV reports. The symbol "Z", thought to stand for "Za pobedy" (for victory), has been seen painted on Russian tanks and bases during the Ukraine invasion.

Sadly, the incident has occurred as a number of Ukrainian refugees have started to arrive in Northern Ireland. Politicians and the community have widely condemned the graffiti.

Chief Executive of Tourism Northern Ireland, John McGrillen told the Belfast Telegraph “In Northern Ireland we are famous for the warmth of our welcome, that’s what tourists tell us, and this type of activity flies in the face of everything we stand for, particularly at a time when we are welcoming victims of Russian aggression in Ukraine into our communities and homes."

The Democratic Unionists Party's Mervyn Storey said: “What can you say about anybody who would write that, to glorify a country that is involved in mass genocide? It is disgraceful, distasteful, despicable. 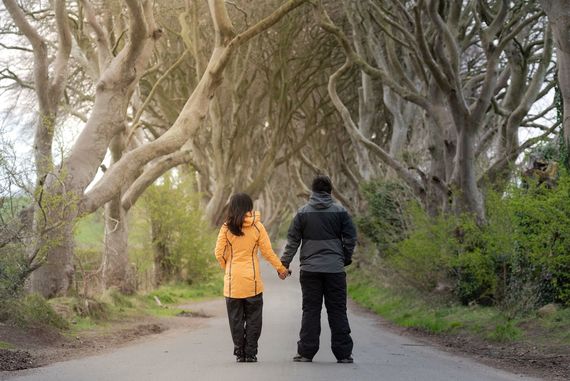 “More importantly it is an insult to all the people of Ukraine. As someone who this week has welcomed people from Ukraine and heard from them first hand what Russia has done, it’s very sad somebody would write such things.

"This is a wanton act of vandalism at one of Northern Ireland’s most iconic location. It is completely at odds with the warm welcome our local community provide to tourists from all over the world who come to see what the Dark Hedges and the North Coast have to offer.

"This week I was pleased to be able to welcome refugees from Ukraine into my own church community. It is despicable that they should have to encounter this type of behaviour glorifying Russia’s oppressive campaign of terror in their homeland. Our support must be with the people of Ukraine.

“I will be working closely with local authorities and the PSNI to ensure this graffiti is removed immediately and those responsible held to account.’’