It took a jury less than 5 minutes to find Dominic Carter O'Connor guilty of causing unnecessary harm to his pet border collie, Jess 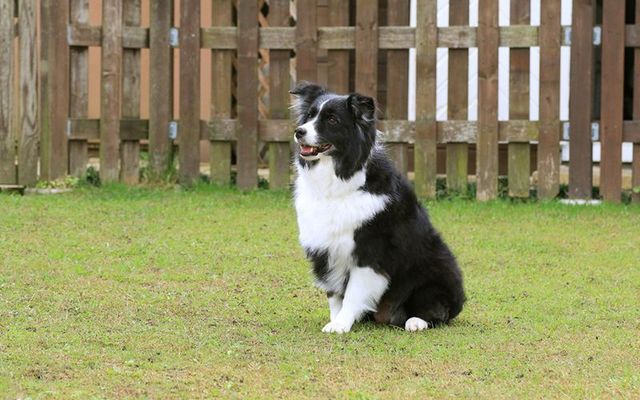 A stock photo of a border collie. O'Connor had acquired Jess, the border collie he killed, for free via Facebook iStock

An Irishman who committed the horrendous act of strangling his pet border collie and cooking it in a stew to feed to his other dog will receive a prison sentence after his guilty verdict.

Dominic Carter O'Connor, 28, from Kircubien in Co. Down, admitted to acquiring a dog for free via Facebook, strangling it with a leash, and chopping the poor creature up with a bread knife before cooking it into a stew to feed to his other dog.

It took a jury less than 5 minutes to find O'Connor guilty of causing unnecessary harm to his pet border collie, Jess.

O'Connor's cruel act came to light after he confessed to a psychiatric nurse at Ulster Hospital A&E, where he was receiving treatment for a personality disorder, Belfast Live reports.

The nurse then alerted the Police Service of Northern Ireland, who searched O'Connor's home and found dog hair and bone fragments in the fireplace and “stringy type of meat like stewing steak” in a pot on the stove and in a dog bowl next to the stove.

O'Connor confessed that, after getting the dog for free thanks to Facebook, he attempted to strangle it with one leash, and then went on to use a different one when his first attempt was unsuccessful.

He added that he had initially tried to butcher its body with an axe but then switched to a bread knife when that proved too difficult.

He then burned what was left of the dog and put the remains in his trash bin, but admitted that he later dumped them in Portavogie harbor.

A friend of O'Connor's testified to the court that she had met the dog, which she guessed to be four-years-old, the day that O'Connor had got it, and asked him where it had gone when she visited him again the following day.

“He was just his normal self. He told me he had rehomed Jess," she said.

She also testified that he had said “I told you I was going to get another dog and let you taste it" to his other dog, Shadow.

O'Connor did not take the stand in his own defense.

A spokesman for Northern Ireland Says No To Animal Cruelty said: “This conviction opens up the new legislation of a five-year maximum sentence.

“This is among the worst cases we have heard of and feel it deserves the most severe sentence.

“In reality though, they will consider the time he had already spent in prison and other mitigating factors. The final stage is down to the judiciary. We live in hope.”

O'Connor will remain in police custody until sentencing on November 21.