“From this perspective, how unmarried mothers were treated in Ireland then, however objectionable today, was less severe than found in other jurisdictions." 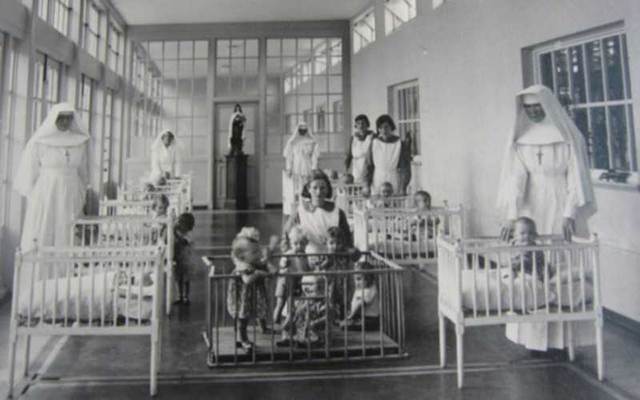 A Catholic priest in Ireland has said the treatment of unmarried women in Irish Mother and Baby Homes was not as severe as in other countries.

A prominent Catholic priest in Ireland has defended how the church handled the issue of unmarried mothers in institutions like Tuam in Galway, where 800 children have no burial records.

Father Padraig McCarthy was writing in the influential Catholic publication “The Furrow.”

He stated other countries used sterilization which was mandatory in some. He stated women were sent to asylums in many countries for being “feeble minded” and “promiscuous.”

He wrote that several countries such as Denmark, Sweden, Norway, Finland, Estonia, Switzerland, Iceland, Austria, France, Belgium and the Czech Republic, operated mandatory sterilization programs for those judged unfit to have more babies.

McCarthy claimed that “From this perspective, how unmarried mothers were treated in Ireland then, however objectionable today, was less severe than found in other jurisdictions,” he writes. “It is possible that the strength of Catholic teaching helped keep Ireland free of those excesses.”

McCarthy stated such homes as Tuam were also widely used in the UK and US. He claimed there were 172 homes for unmarried mothers in Britain in 1968.

He claimed that “burial in an unmarked grave does not necessarily mean “disrespect” to the dead.

“Usually it means the people concerned had other priorities on their minds at the time,” he writes.

He said infant mortality rates in Tuam were on average what other homes in Britain and Us suffered.

In the past, McCarthy has also strongly defended the church’s handling of pedophile cover up charges.