Pre-euro Irish coins value could be worth up to $13,200 at auction

Could your pre-Euro Irish punt coins be valuable? We look to see if they are worth anything at auction. 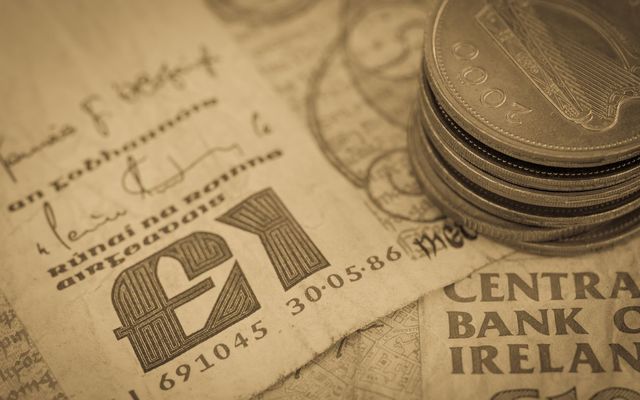 Do you have valuable pre-Euro Irish punt coins lying around your home? If you put them up for sale, they could be worth an impressive sum.

Twenty years on from switching to the Euro, collectors are now saying that some of the more scarcely produced Irish currency from before the switch has a value that could fetch a pretty penny at auction. Coins from as recent as the 1980s and 1990s could have a worth of thousands of euros today.

Despite the fact that Ireland officially joining the Euro in 1998, there is still up to “€300m [$351 million] worth of punts are still unclaimed for” according to the Central Bank of Ireland. While many of the unclaimed coins and notes probably haven’t changed much in value, some of the more rare pieces have skyrocketed in price today.

Read more: A guide to valuing all your old Irish coins (PHOTOS)

"It's their very scarcity that makes them so collectible," said Mike Kelly, one of Ireland's foremost coin collectors and numismatic experts, speaking to the Irish Independent. "The fact that anomalies like those coins exist gets collectors really excited.”

Kelly went on to explain how he met with many people who were in possession of old-era Victorian coins, believing that such coins would be worth a small fortune. Not so, says Kelly, who points to their relatively common occurrence as a factor in determining their value.

Read more: Do you still have old Irish coins? $270.4m worth is unaccounted for

Kelly went on to say that with the introduction of the Euro, the practice of coin collecting is bound to change. “Factor in all the different designs and years minted and you have a huge number of different 1c or 5c coins.”

The recession, as well, has turned many people on to coin collecting, hoping to find an elusive coin that could be worth exponentially more than it was originally supposed to be.

Want to value your old coins? We've created this handy guide for you here.

Have you sold any pre-Euro coins from Ireland at auction? Did you find that they were worth anything? Let us know how you fared in the comments section, below.