Kevin McCay claimed that Donald Trump still owes him $130 for a huge order of McDonald's cheeseburgers in 2008. 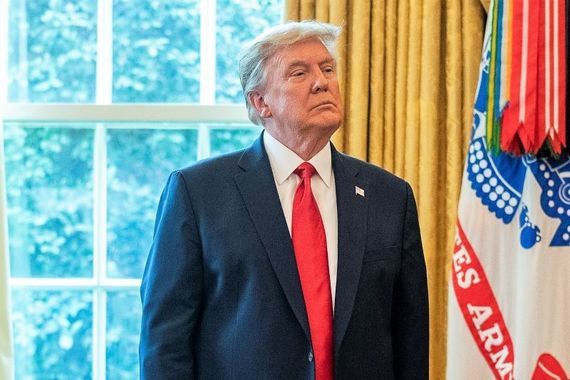 Kevin McCay, who worked for Trump for five years in Scotland, told the Daily Mail that he bought "20 cheeseburgers and fries" for Trump in 2008 while the future president visited a site in Aberdeenshire where he later built his Trump International Golf Links & Hotel.

McCay said that Trump was traveling to Aberdeen Airport ahead of a flight to New York when he requested a stop at McDonald's. He claimed that Trump didn't have any British pounds and said that the future president asked him to cover the bill.

"I said, ''Sure'' and took everyone's order - about 20 cheeseburgers and fries with around 10 or 15 Coca Colas," McCay told the Daily Mail.

"I think Mr. Trump ordered two cheeseburgers with fries and a diet coke – that was his usual order and he always wanted McDonald's to take with him on the private jet."

He said that Trump told him that he would pay him back for the order but revealed that the 45th President "never did".

"I never heard about it again after that. I should have asked him for the money, but I brushed it under the carpet at the time."

The 45th President of the United States had a famous liking for fast food and reportedly eats it to avoid being poisoned. In 2019, he put on a $3,000 spread of Burger King and McDonald's cheeseburgers for members of the Clemson University football team at the White House.

McCay, meanwhile, worked for Trump for five years before he was fired in 2012. He claimed that the job "ruined his life" and said that he spent five years watching Trump throwing temper tantrums, berating his wife, and intimidating contractors.