In a tweet, Trump suggested delaying the general election in November, expressing fears over voter fraud and inaccuracy. 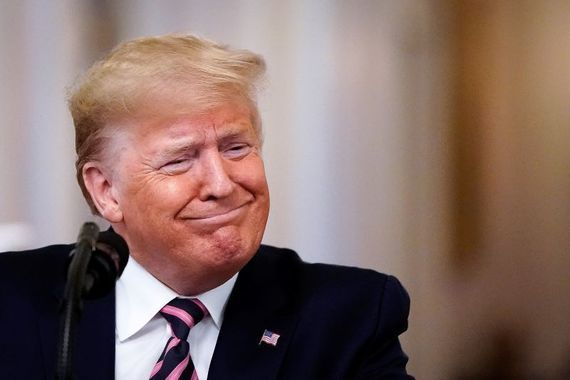 A number of high-ranking Democratic politicians have condemned President Donald Trump's suggestions that November's general election should be delayed due to the threat of mail-in-voter fraud.

Trump made the claim on his personal Twitter account on Thursday morning and repeated his claim, without evidence, that mail-in-voting was a disaster that enabled foreign intervention and fraudulent voting in the upcoming election.

Trump additionally claimed that mail-in-voting would result in a far less accurate election as many US states push for an easier method of postal voting in light of the COVID-19 pandemic.

With Universal Mail-In Voting (not Absentee Voting, which is good), 2020 will be the most INACCURATE & FRAUDULENT Election in history. It will be a great embarrassment to the USA. Delay the Election until people can properly, securely and safely vote???

Trump's call to delay the election, in spite of it being enshrined in the US Constitution, comes at a time when he significantly trails Presumptive Democratic Nominee Joe Biden in the polls ahead of November's election.

A number of prominent Democrats have since condemned the president, labeling him as a liar and an authoritarian leader.

Nancy Pelosi, the Speaker of the House, tweeted:

“The Congress may determine the Time of choosing the Electors, and the Day on which they shall give their Votes; which Day shall be the same throughout the United States.” https://t.co/NIaa7mQVnn

Ed Markey, a Democratic Senator representing Massachusetts, said that voting-by-mail had been proved safe and legitimate and called Trump an "authoritarian criminal" attempting to undermine democracy:

Donald Trump is lying. Voting by mail is safe and legitimate. We cannot and will not let this authoritarian criminal delay our election, undermine our democracy, and silence the American people. pic.twitter.com/x8GB0bQKOD

Meanwhile, Joe Kennedy III, a Congressman from Massachusetts who won Markey's vacant seat in the House of Representatives, labeled Trump a dictator:

We will not sacrifice our democracy to Donald Trump’s dictator dreams.

The President votes by mail.

The Vice President votes by mail.

The Attorney General votes by mail.

The Secretary of Education votes by mail.

They’re lying to you because they’re scared of you.

Read more: Trump and his death cult of governors have no shame

"No, Mr. President. We're not delaying the election. The American people are sick and tired of your authoritarianism, your lies, your racism. On November 3, 2020 democracy will prevail and your disastrous presidency will end. Bye-bye," Sanders said on Twitter.

No, Mr. President. We're not delaying the election. The American people are sick and tired of your authoritarianism, your lies, your racism. On November 3, 2020 democracy will prevail and your disastrous presidency will end. Bye-bye. https://t.co/wmBYriSxGs

Joe Biden has yet to respond to Trump's tweet but did have this to say on Tuesday:

Donald Trump voted by mail. You should be able to as well.

Any move to postpone or delay the election would require action by Congress, which holds the power to set the timing of the election.