Thomas Kelly's Medal of Honor sold at auction despite US calls for sale, which would be illegal in America, to be halted out of respect. 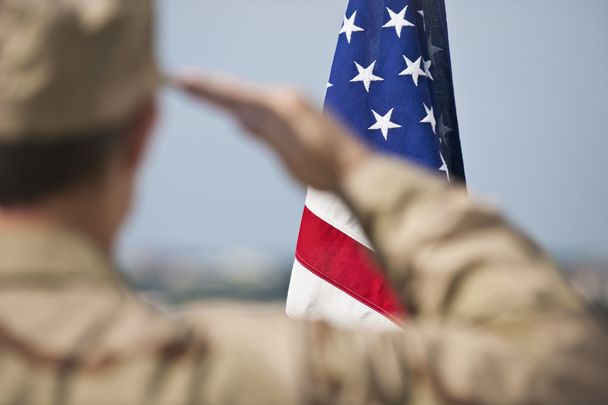 "This Medal of Honor is a priceless American treasure that belongs here in our country." Getty

A US Medal of Honor, belonging to Army Pvt. Thomas Kelly has sold for $15,500 despite calls for the sale to be stopped.

A German auction house has sold a United States Medal of Honor for $15,500, triple the expected price. The Medal of Honor was awarded to Irish emigrant Army Pvt. Thomas Kelly for his actions during the Spanish-American War, according to Stars and Stripes.

The Medal of Honor is the highest and most prestigious personal military decoration that may be awarded to recognize U.S. military service members who have distinguished themselves by acts of valor.  In the United States, it is illegal to sell medals awarded by Congress and Federal law is authorized to set fines of up to $100,000 and a year in jail.

In advance of the auction Republican Senator Ted Cruz, from Texas, wrote to the US Secretary of State Mike Pompeo asking that he intervene in the sale.

According to his website, Cruz wrote that “The sale harms the dignity and honor of all recipients of the Medal of Honor."

A day later Joe Daniels, President and CEO of the National Medal of Honor Museum, wrote to a number of U.S. federal government officials, including President Donald Trump to stop the sale.

On the Museum's website, he wrote "This Medal of Honor is a priceless American treasure that belongs here in our country.

“We’re asking our elected leaders and officials in the administration to do what they can to prevent people from illegally profiting off of Private Kelly’s heroism and bring the medal home where it belongs.

In a letter to President Donald Trump, Daniels wrote "The history of his bravery, as well as the artifacts associated with it, must be preserved here in our land where they can be used to inspire future generations of American patriots."

Army Pvt. Thomas Kelly was born in Ireland and emigrated to New York City. Little else is known about Kelly until he entered the army in New York and was sent to fight in the Spanish–American War with Company H, 21st U.S. Kelly par participated in the Battle of San Juan Hill, in 1898, as did President Theodore Roosevelt and the Rough Riders.

According to his award citation listed with the Congressional Medal of Honor Society, the Private earned the Medal of Honor for rescuing wounded from the front lines of battle while under heavy enemy fire.

Kelly continued to serve in the US military until his death, including service during World War I. He died in New York, on Dec 17, 1920, aged 43. He is buried in the Plattsburg Barracks Post Cemetery in Plattsburg, N.Y.

Private Kelly's Medal of Honor was sold for close to $15,500 says the Managing Director of the Munich auction house, Bernhard Pacher. He told Stars and Stripes that "people appreciate these things," and added that he doesn’t understand why Cruz finds selling the medals disrespectful

Unfortunately, the sale of these medals in Germany is not illegal and it was sold among 900 other military orders and decorations from around the world at this specialty auction house.

Pacher said that the politicians involved many have drawn attention to the sale.

In advance of the auction, he said "I guarantee you, we are going to be flooded now with offers to auction off a Medal of Honor.

“You’ll achieve the opposite of what you wanted with that.”

While the person who purchased the medal has not been identified Pacher said that he received several emails in advance on the sale including one from someone claiming to be a relative of Kelly.