Investigation launched into allegations police officers and civilian staff of the PSNI posted racist, sexist and sectarian messages on Twitter. 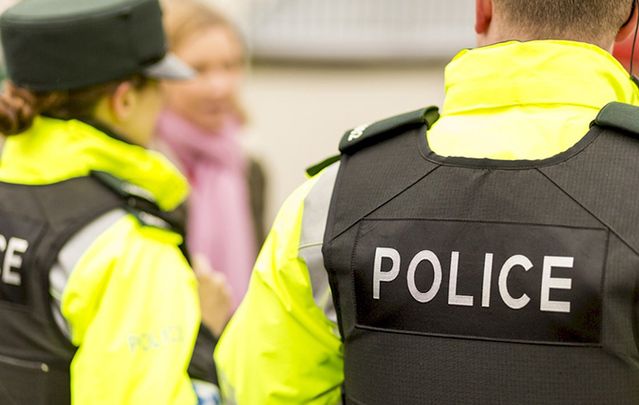 Officers and staff of Police Service of Northern Ireland are being investigated over racist, sexist and sectarian messages on Twitter. PSNI

An investigation has been launched into allegations that police officers and civilian staff in the Police Service of Northern Ireland (PSNI) posted racist, sexist and sectarian messages on Twitter.

The investigation by PSNI detectives is also examining if there was potential prejudice to criminal inquiries.  The PSNI has warned that firm action would be taken if any allegations were substantiated.

About six PSNI officers and support staff are under investigation following a report in The Guardian newspaper.

The group is also being investigated for allegedly tweeting pictures of bottles of urine from inside a police vehicle and showing off their private parts beside guns.

PSNI assistant chief constable Mark Hamilton, who is in charge of the force’s professional standards department, told the Guardian, “I can confirm that PSNI is examining material posted on personal social media accounts by persons who may be serving police officers.

“In response, PSNI professional standards department has instigated disciplinary proceedings against one individual who has been identified as a serving officer. The review of the material is ongoing at this stage.”

In an official statement the PSNI said it was neither aware of, nor investigating, many of the allegations made in the article.

But the statement added, “All allegations will be investigated and firm action taken if substantiated.

“The PSNI will not accept any racist, sectarian, sexist or homophobic behavior from any of our staff. We would appeal to anyone who has evidence of these matters to report them to us or to the office of the Police Ombudsman for Northern Ireland.”

The Guardian reported that the tweets include wholly unfounded fake rumors of a sex tape involving a Northern Irish journalist.  Another journalist from a local Belfast radio station is referred to in foul language in a different tweet.

In another tweet, one of those alleged to have sent the messages brands the Catholic Lower Falls-Divis district of West Belfast as a place where “thieves operate... like f***ing rabbits.”  Beneath the message is a map of the district with a red circle drawn around it.

The officers’ union, the Police Federation for Northern Ireland, has urged members to exercise caution on social media.  Mark Lindsay, chairman of the federation, said there were dangers to officers revealing their identity online.

“It’s essential for their own safety, and the safety of their colleagues, that officers realize the risks and take all necessary precautions to avoid unnecessary attention,” he said.

The PSNI is also investigating claims by Naomi Long, the Alliance Party leader, that she was being trolled by a serving officer online.  One of the accounts being investigated is alleged to have posted her personal details.