No return of border between Republic and North despite Brexit, says British PM

British Prime Minister Theresa May has guaranteed there will be no return to a “hard” border between the Irish Republic and Northern Ireland when Brexit is finalized. 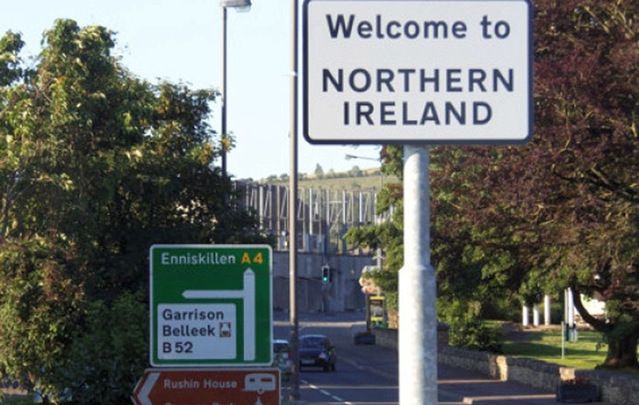 British Prime Minister Theresa May has guaranteed there will be no return to a “hard” border between the Irish Republic and Northern Ireland when Brexit is finalized.

Speaking ahead of the trip, which will complete a tour of all four parts of the United Kingdom within the first two weeks of assuming office, May said: “I made clear when I became prime minister that I place particular value on the precious bonds between the nations of the United Kingdom.

“I want to assure the people of Northern Ireland that I will lead a government [that] works for everyone across all parts of the United Kingdom, and that Northern Ireland is a special and valued part of that union.”

She stated that “peace and stability in Northern Ireland will always be of the highest priority for my government.”

She added: “I have been clear that we will make a success of the UK’s departure from the European Union. That means it must work for Northern Ireland too, including in relation to the border with the Republic. We will engage with all of Northern Ireland’s political parties as we prepare for that negotiation.”

May will support the position held by Irish leader Enda Kenny, that there will be no “hard border” between the two countries, which share a common travel area.

However, critics will want to know how that can be achieved as passing from the Irish Republic to Britain is not monitored at present as both are EU members. When that ceases to be the case the need for a border will be discussed.

May has previously argued the opposite to what she is saying now. Just two days before the EU vote last month, May said it was “inconceivable” that there would be no hard border in the event of Brexit.

She told the BBC: “If we were out of the European Union with tariffs on exporting goods into the EU, there’d have to be something to recognize that between Northern Ireland and the Republic of Ireland.

“And if you pulled out of the EU and came out of free movement, then how could you have a situation where there was an open border with a country that was in the EU and had access to free movement?”

Irish observers will be keen to know how May proposes to change that reality. The biggest fear being expressed in Britain is that of migrants using Ireland as a back door to Britain, a potential situation which right wing MPs have declared must be addressed.