Move to Ireland? Americans consider leaving US if Trump wins

American people have been searching for advice about moving to Ireland and other English-speaking countries. 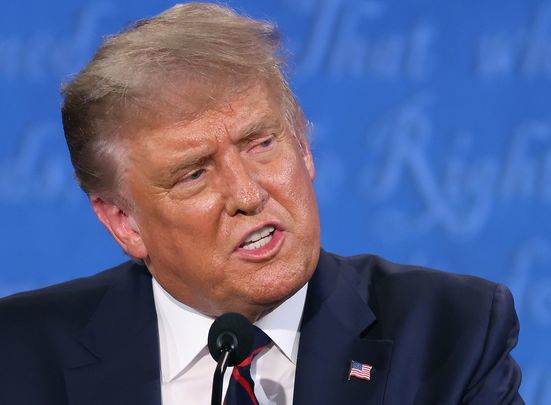 The number of American Google searches for advice on moving to Ireland spiked on Tuesday night during President Donald Trump's cantankerous debate with Joe Biden.

The debate was dubbed the worst in presidential history by some as Trump frequently interrupted Biden as he tried to explain his various policies.

The Democratic Nominee responded by interrupting Trump during some of his monologues, albeit to a much lesser extent.

The bad-tempered and sometimes immature exchanges seem to have been the final straw for many Americans, with Google reporting spikes in searches looking for tips about how to move to other English-speaking countries.

Ireland was not the only country that disillusioned Americans dreamed of emigrating to, however.

In fact, most Americans sought advice on how to move to New Zealand, which has received international admiration for how it has handled the COVID-19 pandemic, and Canada, America's neighbor to the north.

New Zealand media outlet Newshub reported that the phrase "how to move to New Zealand" exploded in America on Tuesday night at the same time as Trump's two-hour debate with Biden.

The phrase "how to move to Canada" experienced a similar spike at the same time.

American interest in moving to Ireland, Australia, and the UK also spiked significantly during the debate, although not to the same level as Canada or New Zealand.

Jennifer Finney Boylan, a New York Times writer with Irish heritage dating back to the Great Hunger, also wrote about how some of her friends were considering leaving the United States if Donald Trump was re-elected following Nov. 3's presidential election.

"All summer long I’ve been hearing the refrain — friends who swear they’ll move to Canada. To New Zealand. To Argentina. To almost any place but here, if Donald Trump somehow wins again," she wrote in the New York Times.

Finney Boylan believes that the idea has spread across an entire generation of Americans who are prepared to leave the country if Trump wins re-election.

She said that she has even looked into moving to Ireland, where she lived in the 1990s, but found that it would be difficult to secure citizenship.

That problem is likely to surface wherever Americans attempt to emigrate, but they also have to contend with other problems of a temporary nature.

Canada and New Zealand, for example, apparently the most popular countries amongst disgruntled Americans, have shut their borders to US travelers due to the high rate of coronavirus infections in the US.

New Zealand has fared particularly well during the pandemic, while Canada has handled the outbreak of the virus far better than its neighbor to the south. Canadian leader Justin Trudeau even fired shots at America over its handling of the virus, saying that Canada had managed to "control the virus better than many of our allies, particularly including our neighbor."

It seems that Trump's detractors will have to sit tight and tough it for the meantime if the President wins re-election to the White House next month.

Related: Moving to Ireland, US Politics