Get ready - Justin Trudeau is visiting Ireland next week

Trudeau has previously recalled experiencing Ireland’s “extraordinary beauty" when he visited as a teenager. 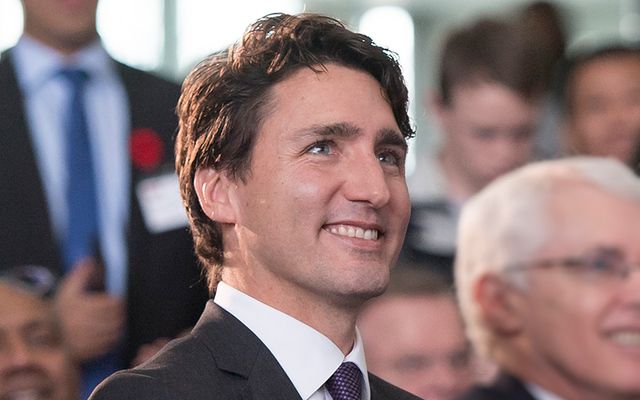 It’s believed to be Trudeau’s first trip to the Emerald Isle since he came with his father, Pierre Trudeau, who was then serving as Canada’s 15th Prime Minister.

Varadkar’s immediate predecessor, Enda Kenny, visited Montreal last month and Trudeau used the visit to praise the generations of Irish who had moved to and helped build up his home city.

He also spoke of his love for the poet William Butler Yeats and recalled visiting the Lake Isle of Inisfree describing it as, “just something that burned into my mind of just extraordinary beauty".

Varadkar has previously spoken of his admiration for Trudeau and French President Emmanuel Macron.

Trudeau governs at the head of Canada’s center-left Liberal Party, Macron was elected as the candidate of the centrist En Marche! party he himself founded and Varadkar has talked about leading a government of the “new European centre” - although opposition legislators deride him as a right-wing Thatcherite.

A press release from Varadkar’s office said the Taoiseach looked forward to discussing "the great international issues of our times" and added that the pair "share a commitment to the Paris Agreement on Climate Change and to open trade at global level".

Justin! (is it true, deau?) If so @JustinTrudeau please come on @itwomenspodcast ? https://t.co/L09UAcW2dn @IrishTimes @RoundwoodHouse

Canada and the EU concluded a free trade deal after seven years of negotiations last year and the press release added the agreement, "opens new trading and investment opportunities for Irish and Canadian enterprises, which the Taoiseach looks forward to exploring with the Prime Minister."