Mick Finn said, in wake of Charlottesville riots, flag associated with white supremacists “is not a political statement” 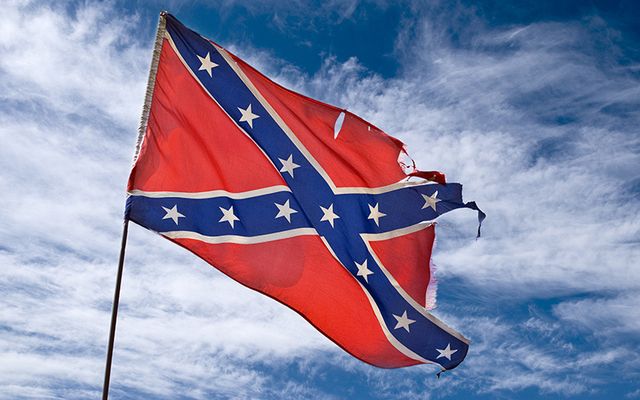 Mick Finn said, in wake of Charlottesville riots, flag associated with white supremacists “is not a political statement”

An Irish politician has defended flying the Confederate flag at County Cork football and hurling games.

The confederate flag has long been flown at Cork games as symbolic of Cork’s nickname which is “The Rebels.” However, after recent racist attacks in the US Cork authorities have asked the supporters to stop flying it.

Despite that Confederate flags were flying among the crowd of 72,000 people at a weekend game in Dublin’s Croke Park.

Now, however, a leading Cork politician has defended flying the flag. The Independent member of Cork City Council, Cllr Mick Finn, told The Irish Times.  “Yes, maybe people’s sensibilities and sensitivities are aroused at the moment about what is going on in the United States but I honestly think the flag being flown by Cork supporters is not a political statement and is being done in support of their team and should be seen just as that,” he said.

Finn’s stand has been criticized by other politicians and GAA officials.

Cork County Board chairman Ger Lane said many Confederate flags were flown by supporters at the All-Ireland hurling semi-final between Cork and Waterford at Croke Park.

“There is one flag for Cork supporters – the red and white flag with the Cork emblem on it – and certainly on behalf of the board and the executive, we ask whoever is involved in flying the Confederate flag at Cork matches to refrain from bringing it into any ground in future,” said Lane.

Lord Mayor of Cork, Cllr Tony Fitzgerald of Fianna Fáil, said, “I think we should fly just one fly for Cork – the Cork flag with the Cork motto on it and that’s the message I would give to all Cork supporters,” Meanwhile, Cork County Councillor Joe Harris of Social Democrats stated, “It’s insensitive in the current situation,” he told The Evening Echo. “Our sports are being shown all over the world and it sends out the wrong signal – it’s a very small minority and I think they are aware that it’s controversial.”

He said: “It’s something that needs to be looked at and I know Cork fans have a tradition of a lot of different flags but people should be educated on the connotations of the Confederate flag. It’s offensive to a lot of people.”