Irish politician Eamon Ryan apologized after using the slur while referencing an op-ed about racism in Ireland that was published in The Irish Times. 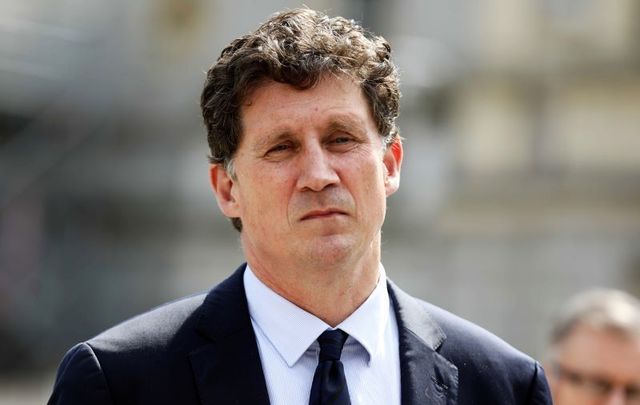 TD Eamon Ryan, the leader of Ireland's Green Party, apologized today after he used the n-word in the Dáil on Thursday while referencing an Irish Times op-ed on racism in Ireland.

Ryan used the word while speaking out against racism in Irish society and cited an opinion piece that was published today, June 11, in The Irish Times.

Sean Gallen, who authored the op-ed for The Irish Times, wrote about his experiences growing up black in Ireland. The n-word was replaced with asterisks throughout his piece.

Speaking during the Statements and Questions and Answers to the Taoiseach session on Thursday, TD Ryan raised the issue of racism in Ireland and how the country can work against it.

Ryan said: "In the newspaper today, there was a young Irish man Sean Gallen giving his experience of being 'othered,' from the age of six being given that name, 'You n*****,' and explaining that sense to him how it completely undermines people."

The Green Party leader has since tweeted an apology for using the racial slur:

I made a speech in the Dáil today about the scourge of racism in our society. In quoting from an article I read this morning, I repeated a racial slur, and I was completely wrong to do so. I want to apologise for any hurt caused. I know this particular word should never be used.

Whooley said that Ryan's comments were "morally reprehensible" and that the n-word should never be used regardless of context.

My statement on Eamon Ryan's comments in Dáil Éireann this afternoon. pic.twitter.com/WZZLBYl1SQ

The Green Party is also negotiating a deal to form a Government with Fianna Fáil and Fine Gael following February's election.