Enda Kenny said future coalition was unlikely but not impossible. 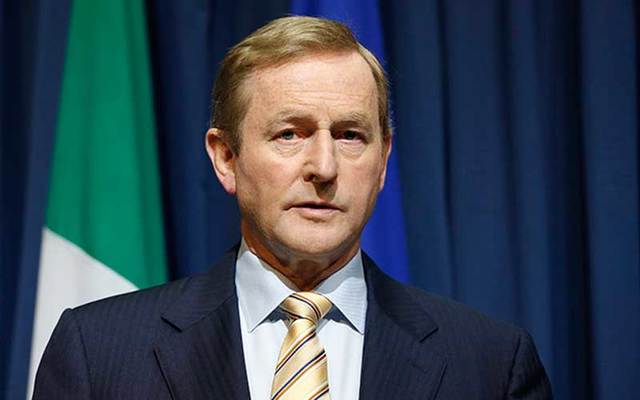 Taoiseach Enda Kenny would not completely rule out a future coalition between Fine Gael or Fianna Fáil and Sinn Féin, but said it was unlikely.

Last week Sinn Féin deputy leader Mary Lou McDonald had brought up the prospect of the party entering government as a junior coalition partner after the next election.

When asked about McDonald’s comments during a briefing with political correspondents, the Taoiseach said: “I said I wouldn’t do business with Fianna Fáil so, depending on the result you gave as a member of the electorate, politicians have to work with the result.”

During a politics podcast for The Irish Times, Minister for Social Protection Leo Varadkar also remarked on a possible coalition: “I can’t see it, I wouldn’t seek a mandate for it and I think our policies are so far apart that it wouldn’t be possible.

“What I do know though going into the last general election is – if I remember correctly – we ruled out going into coalition with Fianna Fáil and subsequently offered a coalition with them and we ruled out dealing with any Independents and ended up dealing with quite a few of them, so I now know we are a democracy if I didn’t know that before and it’s actually the public and the people who decide the make-up of the next government but [I] absolutely do not envisage and do not seek a mandate for a coalition with Sinn Féin.”

In an interview in The Irish Times, Sinn Féin leader Gerry Adams said the party’s position on ruling out coalition could easily be overturned by another ardfheis.

“The party’s position is that any decision to go into government is an ardfheis decision,” said Adams.

A spokesman for Fianna Fáil leader Micheál Martin, who had ruled out government with Sinn Féin before the last election, said Martin’s position had not changed.

However, Galway West’s Éamon Ó Cuív, who did call such discussions “idle speculation”, said: “Never say yes, or never say no. As the fella says, with the way the world is at the moment, who’d put a bet against anything?”