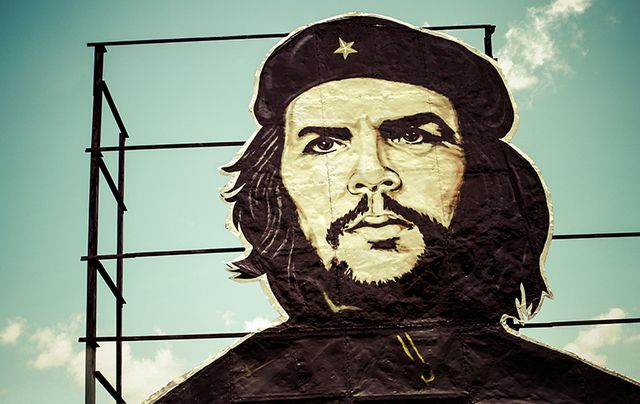 The Irish government has apologized after a portrait of Che Guevara was featured as part of an exhibit at Miami International Airport portraying the most famous Irish people in Latin America. The exhibit of huge murals was to celebrate direct flights to Ireland from Miami.

The Irish Embassy said the Che poster was not supposed to be included in the exhibit. “It was removed as soon as we discovered the error this morning,” said Carol Jordan, communications director. “We fully understand the sensitivity and deeply regret the error.”

The exile Cuban community in Miami detest Che Guevara, who was right-hand man to Fidel Castro who drove Cubans who opposed him into exile.

The Che image, displayed at the airport's E terminal, was the famous one created in 1968 by the Irish artist Jim Fitzpatrick.

“The photo of Che is no longer there, they took it away,” an airport employee told the Miami Herald.

“I saw it last night and I did not agree with it being on display. They should have put another photo of celebrities from Cuba, but not Che, who was a murderer. That's good to put it in Cuba or Venezuela, where there are communists, but not here.”

Greg Chin, director of communications at the airport, told el Nuevo Herald that airport authorities told organizers that the Che poster would not be part of the display out of concern for the Cuban exile community.

The Che poster was removed early Friday. “He was not at the airport for even 12 hours,” Chin said.

The Miami mayor’s office said it “deeply regrets” the incident and had no knowledge of the Che poster.