The actor of Irish descent has made a massive financial gift to his investigative initiative, which works to uncover corruption in Africa 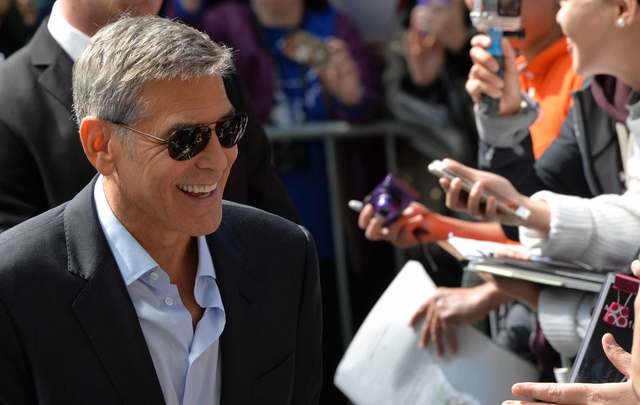 George Clooney has donated $1 million to his own initiative to continue their work fighting against corruption and war crimes. WikiCommons

The Clooney Foundation for Justice announced that Clooney, who has Irish ancestry, would award the money in a quest to uncover corruption throughout Africa.

American actor George Clooney has gifted $1 million to The Sentry, the investigative initiative he founded to uncover corruption and fight against war crimes in Africa.

The actor, who has Irish ancestry, made the announcement via his charity The Clooney Foundation for Justice, which revealed that the large gift would go toward uncovering the financial networks that are behind conflicts within countries in Africa.

Clooney stated that the donation was being made so as “to make sure war crimes don’t pay.”

“We want to make it more difficult for those willing to kill en masse to secure their political and economic objectives.

“When we’re able to go after the warlords’ wallets and bankrupt those who choose the bullet over the ballot, suddenly the incentives are for peace, not war; transparency, not corruption.”

The Sentry has now received donations of around $3.4 million from generous benefactors such as actor Don Cheadle, jazz drummer Carl Allen, and businessman Ruben Vardanyan, as well as its founder Clooney himself.

In a statement about the actor’s gift, The Sentry stated that the money will be used to fund investigations and reports over the next year on “state looting and illicit financial flows out of the war-torn countries of South Sudan, Sudan, Congo, Somalia and the Central African Republic.”

The aim of these reports is to provide information and evidence  to banks and governments so as to allow for the groundwork to be set for possible legal action in the future. The initiative hopes to be able to seize the assets of those who are responsible for financing genocide or other war crimes, or those who benefit from  the war crimes in some way.

Read more: George Clooney: Irish were treated terribly in America and not accepted

Founded by Clooney alongside human rights activist John Prendergast in 2015, The Sentry consists of “a team of policy analysts, regional experts, and financial forensic investigators that follows the money in order to create consequences for those funding and profiting from genocide or other mass atrocities in Africa, and to build leverage for peace.”

“The Sentry is pursuing a new strategy to counter mass atrocities that would utilize the tools of financial pressure normally reserved for countering terrorism, organised crime and nuclear proliferation,” Prendergast said.

“We aim to undermine the pillars of the war economy and disrupt the financial flows that fuel conflict. Unless the links between conflict and corruption are confronted, peace will remain a distant dream.”

Do you think high-paid celebrities such as George Clooney should intervene more in the world’s largest problems and conflicts? Or should that role fall on government or people in general?