As Donald Trump continues to search for answers a 57-year mystery has finally been cleared up. 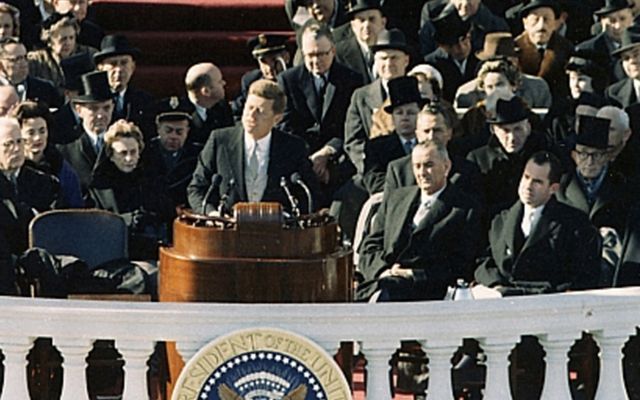 John F Kennedy and Chicago mayor Richard Daley did not steal the 1960 election as has long been claimed and reported. It turns out that even if Kennedy had lost Illinois he would still have won the electoral college.

There was a brilliant piece of analysis by Paul von Hippel, a University of Texas professor, writing in the Washington Post on Tuesday that shoots down the fiction which has become fact for millions.

It reveals that the idea, strongly embedded in American political culture, that Daley, the last of the big city Irish bosses, stole the election for JFK is fake news, false, an illusion.

Yet the fiction persists. When President Trump recently created a Commission on Election Integrity to investigate claims of illegal votes the 1960 Illinois vote was one of the reasons given.

It has long been an article of faith among millions that JFK stole the election because Richard Daley held back the Cook County vote until he could see how many were needed to give the state to Kennedy.

As von Hippel writes “the story of the stolen 1960 election rests on several myths. When myths are replaced with evidence, it’s not clear that the election was stolen at all.”

But Kennedy would have won anyway. Even if he had lost the popular vote (which he won narrowly) his victory in the electoral college was inevitable with or without Illinois

As von Hippel writes, “Kennedy’s margin in the electoral college was more than large enough to survive the loss of Illinois.”

John F Kennedy among the crowds on his 1960 campaign trail.

This was a time, remember, when the south was solidly Democratic and Kennedy took states like Texas, which would be remarkable today, and Republicans won California. Kennedy actually won 303 electoral votes; his Republican opponent Richard Nixon won 219. 15 electors cast their votes for segregationist Democrat Harry Byrd.

Yes, it was a squeaker on the popular vote, but Kennedy won Illinois by just short of 9,000 votes and Texas by 46,627. And there were seven other states Kennedy won more narrowly than Texas but won legitimately.

It is also fake news to allege that Daley held votes back too. Kennedy won Cook County, which is Chicago and suburbs, by 318,000 votes. The reason why is that thirty-nine percent of Cook County residents were Catholic, and overwhelmingly in favor of the first Catholic president and 20 percent were black at a time when Kennedy was making strong overtures to them.

Von Hippel watched NBC’s 1960 coverage and discovered an irrefutable fact. NBC reported most of Cook County votes were in before downstate and Republican Illinois was counted.

In other words, there was no way that Daley could have thrown the election to Kennedy late at night. It was Nixon who actually closed the gap as the night went on.

It is also fake news to say there were appeals for recounts which were not granted. In fact, von Hippel points out there were two recounts for Illinois which both confirmed the result.

It is always sobering to encounter real truth after decades of fake news about Illinois costing Nixon the 1960 election and the Kennedy family stealing it. Didn’t happen, not even close.