Senator Hart said Tillerman's plan to abolish the special envoy “fits into a Trump pattern” and was “part of a much larger picture of disengagement internationally.” 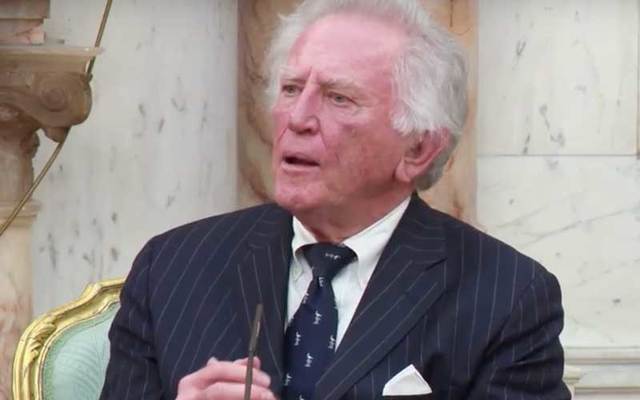 The removal of the US special envoy to Northern Ireland was described as “tragic” by the former special envoy Senator Gary Hart. The move to abolish will save just $50,000, it was revealed.

Hart was speaking in an interview with The Irish Times. Secretary of State Rex Tillerson has stated that the role would end despite crisis talks over the future of Northern Ireland’s assembly and the controversy surrounding Brexit’s impact on the Irish border.

Hart called the proposal “a sad, even tragic, decision.”

He stated the plan to abolish the special envoy “fits into a Trump pattern” and was “part of a much larger picture of disengagement internationally.”

“This is a secretary of state who seems to be making it up as he goes along,” Mr Hart told The Irish Times. “If they look at the UK generally and Brexit, all they see is complications and they run away.

“I don’t think they want to be engaged and if you get complexities like the Border issue, the last thing that Tillerson wants to worry about is the Border between Northern Ireland and the Republic. It is not on his radar.”

Tillerson has called for the job of “Personal Representative for Northern Ireland Issues” be “retired” saying that “the 1998 Good Friday Agreement has been implemented with a devolved national assembly in Belfast now in place.”

He made no reference to the collapse of the institutions in Northern Ireland.

“Legacy and future responsibilities” for Northern Ireland would be assigned to the State Department’s bureau of European and Eurasian affairs.”

Hart said the role of former envoys to Northern Ireland such as Senator George Mitchell were being ignored and pointed to the fact there was still no US Ambassador in Dublin or an envoy for Northern Ireland, leaving “a very sad situation,” he said.

“There is unreconstructed devolved government in Belfast, and Brexit is a critical, critical issue and there ought to be some person on the case who knows Ireland, who understands the issues and who can get along with the two governments, but we don’t have that person,” he said.

He said under Tillerson there were “whole areas of the world without adult supervision.”

“This is a systemic problem right now,” he said. “We are partly disengaging from the world and it is coming from a president who has no diplomatic experience and no foreign policy experience other than some experience conducting business deals overseas.