Eamon Ryan's name was called a number of times after he fell asleep during a vote in the Dáil on Thursday. 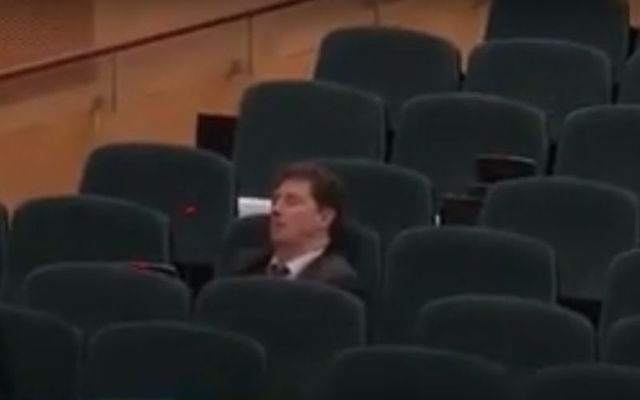 Eamon Ryan, the leader of Ireland's Green Party,  appeared to fall asleep during a vote on workers' rights in the Dáil on Thursday.

Ryan's name was called a number of times during the vote and Fianna Fáil TD Jack Chambers, who was sitting two seats in front of the Green Party leader, appeared to turn around and wake him up.

Several TDs began to laugh as Ryan's name was repeatedly called by the Dáil clerk.

Ryan, along with his fellow TDs, was voting on a motion brought forward by the Social Democrats which sought to protect the rights of low-paid workers during the COVID-19 pandemic.

Ryan eventually voted against the motion which was ultimately defeated in the Dáil.

Social Democrat TD Gary Gannon, who proposed the motion, said that the incident was "disappointing."

"There is a manner in which we carry ourselves in the Dáil chamber and there is an expectation that at the very minimum, you should be awake,” he told the Irish Independent.

"We brought this motion very seriously and I felt very honored to propose this motion.

"The leader of the Green Party is going to be asleep after amending it without any substance, I don’t think it sends a very good message."

Independent TD Michael Fitzmaurice defended Eamon Ryan, saying the seats in the Convention Center in Dublin are like cinema seats and that most TDs have been working 16 or 17-hour days, making it very easy to drift off to sleep.

Eamon Ryan is the leader Ireland's Green Party, one of the three parties in government in Ireland at present.