Dublin woman blackmailed over sex tape she didn't know about

Alexandra Ryan, who founded Goss.ie, has been living in fear for five years over a sex tape she knew nothing about. 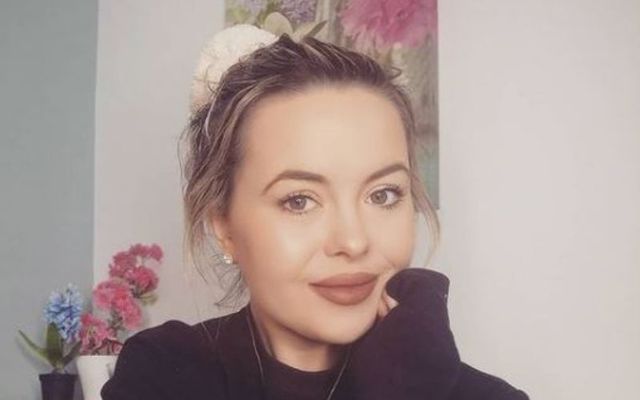 Alexandra Ryan welcomed the passage of the Harassment, Harmful Communications and Related Offences Bill at the end of last year. itsalirose Instagram

An Irish show business writer and businesswoman has said that she spent five years living in fear over a sex tape made without her knowledge.

"I HAD no idea I would be getting involved in something that would affect me for the rest of my life when I went to his house that weekend," she wrote in the Irish Sun.

The 31-year-old gossip writer wrote that she slept with the man when they were both single but that he soon resumed an on-off relationship with a woman he had been seeing.

"I occasionally bumped into her and she always seemed to have an issue with me," she wrote.

Ryan said that she was in Greece with her sister when she received a flurry of missed calls from a blocked number.

"I anxiously answered my phone when it rang for the fifth time. It was the woman who was now with the man I’d slept with."

The woman had called to threaten Ryan over a sex tape that she had no idea about, she revealed.

"I’m looking at your sex tape right now, you do not look good,” the woman said, according to Ryan.

Ryan said that she initially laughed off the threats, presuming that the woman was lying about the video in an attempt to upset her.

However, she said that she grew worried when the woman began vividly describing the video over the phone, laughing as she described sexual positions.

"I can’t put into words how distressing that moment was. Time froze. I could hear my heart beating through my chest and I thought I was going to have a heart attack. I burst into tears.

"This video was taken without my consent. I’d no idea I’d been filmed. Why would someone I trust do this to me?"

She said that she rang the man she had slept with to confront him and that he admitted to filming her straight away.

"He had filmed me without my consent. He said he shouldn’t have done it. We fought — and I hung up," she wrote.

Ryan said that she received texts from friends who had heard she had a sex tape and that she lived in constant fear that the tape would be leaked at any moment.

She turned to alcohol in an attempt to cope with the fear and anxiety from the threats, writing that she battled depression.

Just over two years ago, Ryan was again blackmailed over the tape, this time by a stranger on Instagram.

"He said he had it, he wanted money and he threatened to show up at my office.

"Years had passed since this horror had begun and here I was again, head in hands, sobbing uncontrollably, praying to God this video wasn’t going to get out."

This time, however, Ryan went to the police and said that she felt free of the tape for the first time.

"I felt a bit free from it all for the first time. This happened to me. I was wronged. This was not my fault. I was a victim."

"I felt like I was taken seriously by the police and they investigated the matter, which was eventually resolved.

"Then about a year ago, in a bar, I bumped into the man who had filmed me. He apologized profusely and begged for my forgiveness.

"I do believe he never intended for this video to be shared. But because there were no laws in Ireland to protect against it, that is what happened."

Ryan hopes that the Harassment, Harmful Communications and Related Offences Bill, which was passed at the end of 2020, will prevent other women from going through the same ordeal that she did, adding that she hopes that the law will deter people from doing the things that were done to her.

"While this law is too late for so many women, hopefully now others who go through what I did will have support, have help, and I truly hope, they will have justice," she wrote on Goss.ie.