Tory "ashamed to be British" gets Irish passport

Leading member of the Conservative Party in England, Charles Tannock, granted an Irish passport in the wake of the vote that opted for Brexit. 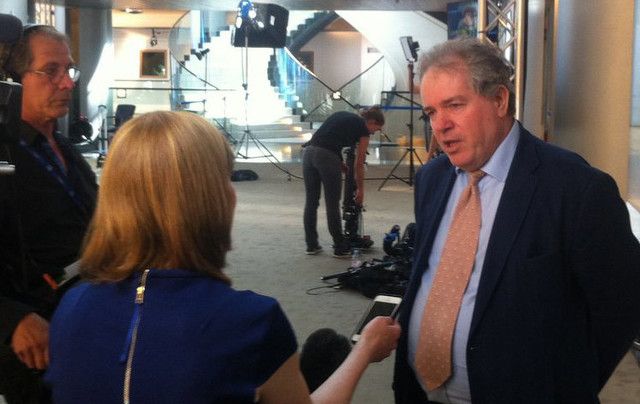 A leading member of the Conservative Party in England has been granted an Irish passport in the wake of the vote that opted for Brexit.

Charles Tannock, a member of the European Parliament for London, has said Brexit made him partly “ashamed to be British.”

He listed his Dublin grandmother born in 1895 as a relative to secure his Irish passport.  He is one of the thousands of people who have used links to relatives to secure an Irish passport in the rush after the Brexit referendum.

The Tory Party is mainly pro-Brexit and Prime Minister Theresa May is currently heading British negotiations to exit the EU by 2019.

But Tannock described himself to The Irish Times as a “pretty angry pro-European Tory” and a “passionate remainer” in the EU.

He said he is virulently opposed to Brexit, and applied and received the passport following the vote to leave the European Union.

Tannock criticized the “arrogance and hubris … the petty nationalism, the triumphalism” of members of his own party after the vote.  He said it reignited his interest in his Irish past which was always at the back of his mind.

Rest assured many of us in public life r ashamed the way you & many other EU citizens have been left in limbo. Not too late for HMG to act! https://t.co/YrrOcIH7CR

“It has been awakened by Brexit because, to be honest, I am quite ashamed to be British in many ways.” he said.

“I feel more Irish than ever, I am very proud to be Irish. I am going on a pilgrimage with my mother because she has also just got an Irish passport.  We are going on a mother-and-son pilgrimage to Dublin in the autumn to try and locate the house where her mother was born in 1895.”

He added, “I wanted to feel fully European and be reassured I would remain an EU citizen. I was not getting it to use it now. It is more a statement of my EU and Irish heritage and loyalty. I believe that you can be loyal to more than one country. You can love different things in different ways.

“I love being European, I love being Irish, I love being British and I don’t see any incompatibility between them. Having an Irish passport made me feel a lot better psychologically, to be honest.”

I've been loyal & always loved my country of birth Britain but now distance myself from shameful aspects of Brexit eg treatment of EU cits https://t.co/N0XsdH2A2J

Tannock was critical of the Brexit vote, claiming “there was a pack of lies and false promises made.”

He had been campaigning since the vote for a soft Brexit, in which Britain would stay in the Single Market and the Customs Union, removing any problem about the border.

He was opposed to Britain’s negotiating position of seeking a “total divorce” from the EU and becoming “something quite alien.”

Dan Mulhall, outgoing Irish ambassador in London who just took up the same post in Washington, recently said the government was expecting to issue up to 100,000 Irish passports in the U.K. this year compared to 2015, the last pre-Brexit year. Before the referendum to leave the U.K., around 50,000 Irish passports were issued in Britain each year.

The rules around Irish passports dictate that citizenship can be gained if a grandparent was born in Ireland, even if a parent was not.