British journalist claims Ireland has only 'tenuous claim to nationhood'

Even JK Rowling took time out of her day to mock Melanie Phillips on this one. 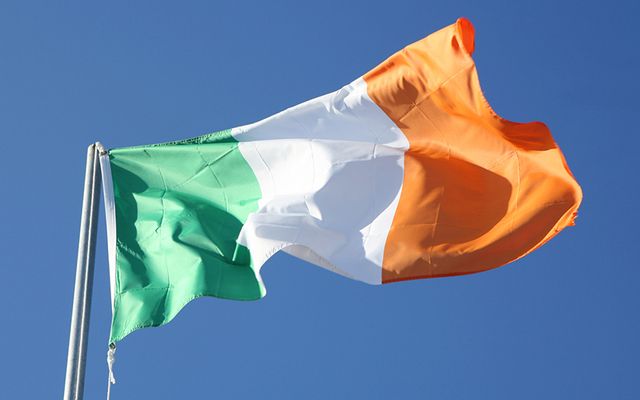 A journalist has sparked outrage online after she questioned Ireland’s claim to nationhood in an opinion piece for The Times of London. Melanie Phillips wrote the column in the wake of Sinn Féin’s surge in last week Northern Irish elections and amid heightened speculation that Scotland First Minister Nicola Sturgeon might seek to hold a second independence referendum in the coming years.

If national independence is now worthy aim for UK, is it equally so for Scotland and N Ireland? No https://t.co/6oE31FFaxI

“Ireland itself has a tenuous claim to nationhood, having seceded from Britain as the Irish Free State only in 1922,” she wrote.

“Britain, by contrast, is an authentic unitary nation. It didn’t begin with the union with Scotland but as the British Isles, an island nation defending itself (or not) against invaders from across the seas. Throughout its history, it was beset by attempts at secession by tribes across Hadrian’s Wall [the historic Anglo-Scottish border] and across the Irish Sea.”

Philips was a vocal proponent of British withdrawal from the European Union in the run up to last year’s referendum and queried the desire of Irish republicans and Scottish nationalists to denounce devolved rule from London whilst advocate government from Brussels at the same time.

“It is a curiosity that the SNP and Sinn Fein want to leave the UK in order to remain in Europe. In other words, they want to reclaim powers from Westminster in order to surrender them to Brussels,” she noted.

“Scottish nationalism and Irish republicanism are cultural phenomena rooted in romanticism and myth and hatred of the other in the form of the English or the Protestants… Britain is a nation with the right to rule itself. It is the EU which is the artificial construct, the imagined community that falsely claims for itself the hollow appurtenances of a nation… Faced with the contemporary resurgence of regional or tribal uprisings, it’s the ancient British Isles that must hold itself together to take its place once again as a sovereign nation in the wider world.”

Her remarks provoked a cavalcade of angry tweets from Irish people questioning her claims.

@MelanieLatest Your comments on Ireland deeply offensive, our nationhood is embodied in our 1937 Constitution & Republic of Ireland Act 1948

I am no friend of blinkered Irish republicanism, but surely @MelanieLatest you are bonkers to write that Ireland itself isn't a Nation?!

@MelanieLatest Others will expose your warped understanding of Irish nationhood. The UK is an independent country. Stop talking it down.

The column was even ridiculed by Harry Potter author JK Rowling. The Edinburgh-based writer vocally opposed both Scottish independence and Britain’s exit from the European Union and mockingly compared Philips to the very nationalists she wrote the column to denounce in the first place.

'All nationalists have the power of not seeing resemblances between similar sets of facts.' - Orwell

1 by @MelanieLatest, 2 edited by me pic.twitter.com/TZ0P9Xfk7i

Of the more than one hundred tweets in response to her post not one could be construed as sympathetic to the views expressed in her column - although it has been retweeted four times and liked a further six at the time of writing.

Another British journalist however did note that a number of tweets were anti-semitic in nature.

Melanie Phillips' comments on Ireland are risible but they've met with an all-too-predictable response. pic.twitter.com/zfBVSrOPU8

This is not however the first time Philips has sparked controversy with her views on Ireland. In 2014 she labelled the peace process a “a Faustian pact in which an end to terrorist bombing was quite clearly secured by a suspension of justice.”

“My own view has always been that the British government snatched defeat from the jaws of victory, since the army and British intelligence had the IRA on the run; the peace process might buy some respite but would solve nothing,” she wrote.

She concluded, “It reminds me of the joke about a biblical zoo where a wolf and a sheep shared a pen. Above it was the quote from Isaiah: “And the lion shall lie down with the lamb.” A visitor asked the zoo-keeper: “How did you achieve such a miracle?” The zoo-keeper replied: “Simple. Every day we replace the sheep.”