Ireland could see another General Election if no government is formed

After failing to secure enough votes to remain Taoiseach, Leo Varadkar formally resigned on Thursday. No government has yet to be formed after the first sitting of the 33rd Dáil Éireann. 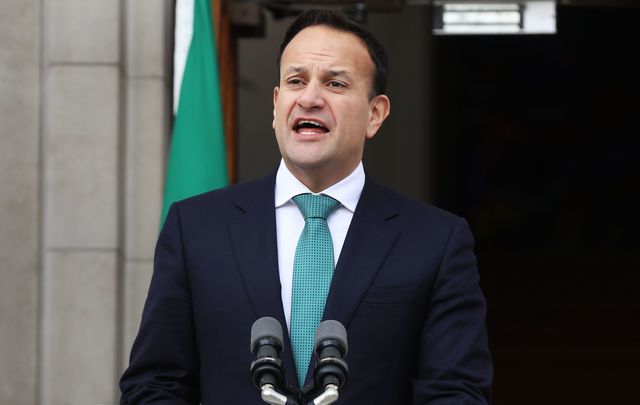 Varadkar has served as Taoiseach for three years. Rolling News

As no new Taoiseach was elected after the first sitting of the Dáil Éireann, the future of the Irish government remains uncertain

Leo Varadker formally resigned as Taoiseach (Prime Minister) after failing to secure enough votes in the Dáil (Irish Parliament) to be reappointed as Ireland's leader.

On Thursday night, Varadkar traveled to Áras an Uachtaráin (President's house) to offer his resignation to President Michael D. Higgins after failing to win enough votes during the first sitting of the 33rd Dáil Éireann.

Varadkar, who has served as Taoiseach since 2017, secured just 36 votes in favor of his reappointment. 107 TDs were against the motion.  It was legally required for him to submit his resignation after he did not receive enough support to remain in the role.

The Fine Gael politician will continue to serve as Taoiseach in a caretaker capacity until a new leader is appointed.

"The responsibility is now on all of us to provide good government and, indeed good opposition, because that's what the people have every right to expect," Varadkar said.

You can see Varadkar announce his resignation here:

In total, four party leaders made a bid to become Ireland's new Taoiseach, but all of them failed to secure the 80 votes required.

The Dáil will now be adjourned for two weeks until Thursday, March 5 while parties attempt to strike a deal for a coalition government, but it is difficult to see how one will be formed.

Mary Lou McDonald from Sinn Féin performed best in the vote for Taoiseach thanks to support from Solidarity-People Before Profit and left-wing TDs, but it is unlikely that the will be able to form a government.

Fine Gael and Fianna Fáil have both categorically ruled out going into government with Sinn Féin, citing their links to IRA terrorism during the Troubles as a reason.

Without the support of either major party, Sinn Féin will struggle to reach the majority of 80.

Fine Gael, meanwhile, is preparing to go into opposition following a six-hour parliamentary meeting on Monday and Varadkar has previously said that the onus is on Fianna Fáil and Sinn Féin to form a government.

But since Fianna Fáil has ruled out going into government with Sinn Féin, they too are unlikely to reach sufficient numbers to form a government without the support of Fine Gael.

If no government can be formed, a second general election will be called and Sinn Féin will hope to make the most gains.

The left-wing party only ran 42 candidates in the previous election and claimed 37 seats and the consensus is that they will win roughly more seats if they run more candidates.

A poll conducted after the election conducted that support for Sinn Féin had surged to 35% - a jump of 11 points - and suggests that they would become the dominant political party if a second election is called.

The fear of a Sinn Féin-led government may force Fine Gael to revise their policy of going into government and force them into coalition with longterm rivals Fianna Fáil.

Read more: Looking at a grand coalition for Ireland’s government