A group of male Irish J-1 students allegedly destroyed the property they had been renting over the summer on their last night in the house. 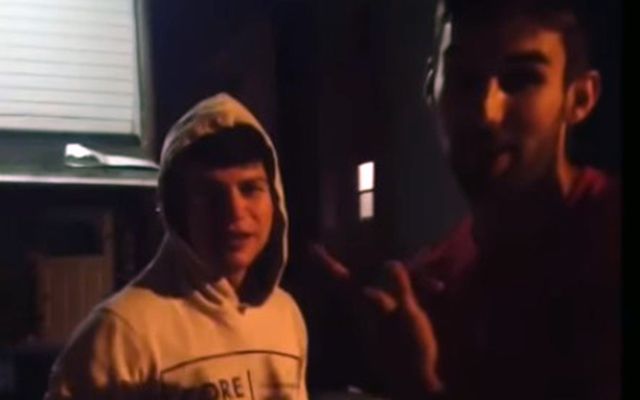 Students boast on video about trashing the house and confirm it is their house. YouTube

Police were called after a group of male Irish J-1 students allegedly wrecked a house in Chicago, smashing every window in the building.

On what is believed to have been their last night in the property they had been renting over the summer, the Irish students embarked on a rampage and destroyed the home, Joe.ie reports.

A neighbor said that over the last few summer months, the Logan Square property had became “a straight-up frat house-‘Animal House.’” As many as 15 to 20 men lived in the building, partying until dawn inside and outside the house every week.

DNA Info Chicago reports that police were called to the scene at approximately 1:30am and again at 10:30 am on Thursday morning (August 25), following reports that windows had been smashed and furniture had been thrown.

The owner of the property, Joseph Kiferbaum, said he knew the building was being sublet, but he wasn’t aware initially that it was being sublet to a group of male Irish students.

Kiferbaum issued an apology to local residents, saying: "I sincerely feel bad the neighbors have to deal with it and makes people feel like there's crime going on.

"Every time I was made aware of the issue, we addressed it immediately. The fact of the matter is they were subleasing for three months. There's no action I could take within that period of time legally that could gain any traction."

One neighbor was reportedly chased down an alley and threatened by one student with a brick after it was discovered the neighbor was filming the rowdy behavior.

Another neighbor said the property was a “WWE”-style “eyesore” and claimed that large amounts of garbage left the home outside it attracted rats to the area.

"It's just awful and intimidating seeing like 12 people there drinking, being obnoxiously loud, piles of trash. It's not a welcoming feeling," David Beltran told DNA Info.

"It's really scary when you see 12 people being violent in your neighborhood. Whether it's just fooling around or actual intent to destroy something, you get the same feeling, which is: 'Something's not right.'"

The building is set to be demolished and replaced with two and three bedroom town houses to be occupied by families.

Police reported that they received a call “related to trespassing and criminal damages to property,” but no arrests were made.